Eric McFadden, WD8RIF, spent about an hour participating in the 2015 running of the NE QRP Club QRP Afield contest on Lookout Point in Sells Park in Athens, Ohio, with his KX3 Travel Kit. For the climb up to Lookout Point, Eric was joined by his son, Miles, KD8KNC. (Miles returned home after helping Eric hang the antenna in order to mow the lawn.)

Upon arriving at Sells Park about 2pm, Eric and Miles made the short climb up to Lookout Point. This was the first time Eric had carried the KX3 Travel Kit in the LowePro Traveler 150 photo-backpack and he found the backpack to be a very comfortable way to transport the station. 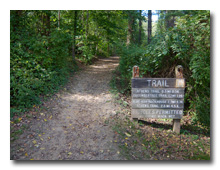 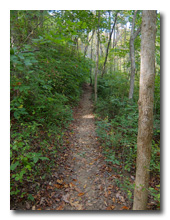 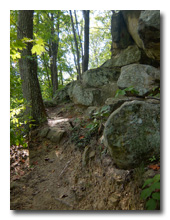 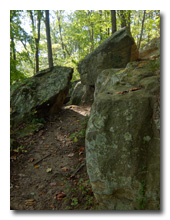 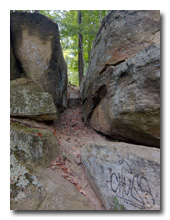 Once there, Eric made three (poor) attempts to throw a line over a tree branch and pulled his 28' end-fed wire up nearly vertically over his chosen operating location on of one the large rocks at Lookout Point and deployed tthe two counterpoise wires. The KXAT3 antenna tuner in the KX3 had no trouble matching the 28' end-fed wire on 20 or 40m. Eric powered the KX3 with his ten-cell Eneloop pack and keyed the KX3 with his American Morse Equipment Mini-B single-lever paddle mounted on his clipboard. 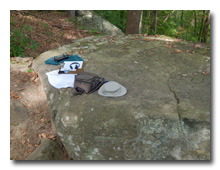 Band conditions were rough. Very few QRP Afield stations were heard on either 20m or 40m. although many participants in the South Carolina QSO Party and the Washington "Salmon Run" were heard. Eric's first QSO of the event was on 40m—a short rag-chew with Don, KD2EHE, in New Jersey. Eric worked three QRP Afield stations on 20m, two of which were the result of him (trying to) run a frequency. (See list, below.) Stations were worked on 20m in California, Alabama, and Texas. 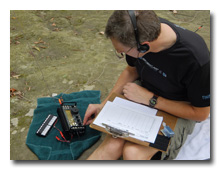 Eric tore down the station just after 3pm in order to beat an approaching storm.