On the weekend of June 27-28, 2020, one member of the Southeast Ohio Radio Adventure Team participate in an individual ARRL Field Day effort while performing seven Parks on the Air (POTA; link) activations of four POTA units at three locations.

Eric arrived at Tom Jenkins Dam shortly before Field Day's 1800 UTC start. Eric found a graduation party being set up in the picnic shelter but plenty of parking was still available. Eric parked his car at the far end of the parking area, deployed his 28½' wire vertical on his 31' Jackite telescoping fiberglass mast and drive-on base, set up his KX3 and PC in the back of his Honda Fit, and was on the air a few minutes after the actual Field Day start. 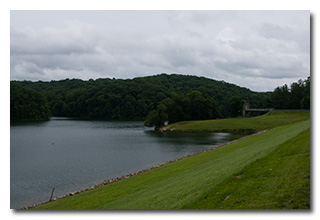 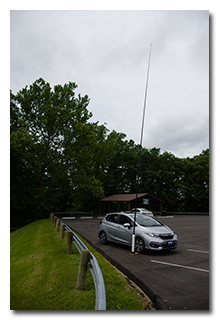 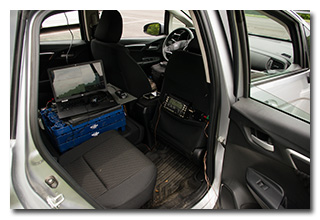 After about ninety minutes at Tom Jenkins Dam and two successful POTA activations, Eric tore down his station and drove the short distance to Burr Oak State Park, setting up his station under the park's water tower. Eric deployed his 28½' wire vertical on his 31' Jackite telescoping fiberglass mast and drive-on base, set up his KX3 and PC in the back of his Honda Fit, and made twenty-seven QSOs in about ninety minutes on 40m and 20m. Wanting to take dinner at home, Eric tore down and returned home, not realizing until later that he left his drive-on mast base under the water tower. 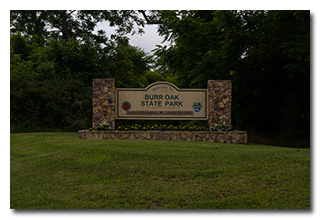 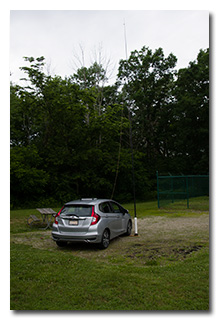 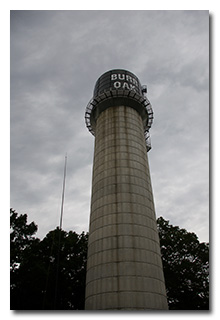 After dinner at home, Eric drove the short distance to the Strouds Run State Park Horseman's Area, finding it to be devoid of occupants. It was at this point that Eric discovered he didn't have his drive-on mast base, so he deployed his 28½' wire vertical on his 33' MFJ telescoping mast supported on a tripod and, begining shortly after 0000 UTC Sunday, made twenty-eight QSOs in a bit more than an hour on 40m, 20m, and 80m, quitting when increasing darkness made it too hard to see his CW copy paper. At this point, Eric tore down the station and returned home for sleep.

In the morning, after breakfast, Eric drove first to Burr Oak State Park, where he found his drive-on mast where he had forgotten it the evening before. Eric deployed his 28½' wire vertical on the 21' Jackite telescoping mast and drive-on base, set up his KX3 and logging PC in the back of the Fit, and was on the air shortly before 1300 UTC. Eric made thirty-four QSOs in about an hour on 40m before tearing down his station for the short drive to Tom Jenkins Dam. 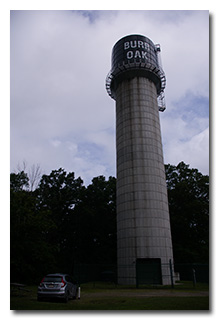 Arriving at Tom Jenkins Dam, Eric found it to be completely unoccupied, and again chose to park the Fit at the far end of the parking area, this time in the row farthest from the entrance-road. Eric deployed his 28½' wire vertical on the 21' Jackite telescoping mast and drive-on base, set up his KX3 and logging PC in the back of the Fit, and was on the air by 1440 UTC. Eric began operations by activating Wayne National Forest and made twenty-eight QSOs in about fifty minutes on 20m. Switching to an activation of North Country National Scenic Trail, finished out his Field Day operation by making eighty-one QSOs on 20m and 15m. For the last ninety minutes or so, Eric's logging PC wasn't charging, and he was happy the laptop's internal battery kept the laptop going until the 1800 UTC end of Field Day. 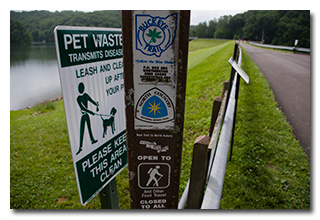 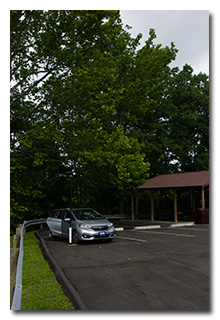 This was Eric's first POTA-style operation with computer logging and he was pleased with how well the laptop for logging worked, and with how well the operating position in the back of the Fit worked. Eric was also pleased that the weather forecast calling for rain and thunderstorms all weekend turned out to be inaccurate.

Eric submitted this operation to ARRL, to QRP ARCI for the "Contest Within a Contest", to POTA, and to World Wide Fauna and Flora (WWFF).