Wellston Wildlife Area is a 1446-acre state wildlife area located 1 mile north of Hamden. The property is in Vinton county. 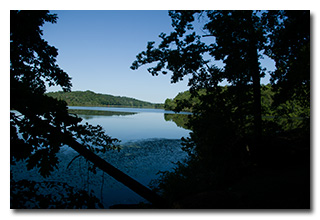 On Labor Day Monday, September 6, 2021, one member of the Southeast Ohio Radio Adventure Team performed a successful activation of Wellston Wildlife Area in Ohio as part of the Parks on the Air (POTA; link) program.

Eric, Vickie, and the dogs arrived at the parking area at 1340 UTC to find a pickup truck and an SUV already in the parking area. Parking away from these vehicles, Eric deployed his 28½' wire antenna on the 31' Jackite telescoping fiberglass mast and drive-on base. Eric chose to set up the KX3 inside the car. Eric was on the air at 1348 UTC. 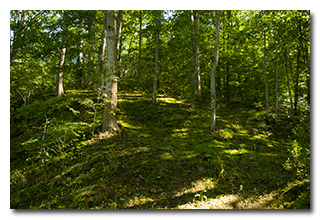 Eric was not at all surprised to find he had no cell signal at this operating locations. Because he had anticipated having no cell signal, Eric had announced his activation on POTA Spots so that when he was picked up on the Reverse Beacon Network (RBN, link) he would be spotted on POTA Spots (link) by algorithm. Eric had also asked his friend K8RAT and K4SWL to watch RBN and to spot him on POTA Spots if the algorithm wasn't working.

Eric began operations on 80m and had just begun calling "CQ POTA" when a courteous and professional Wildlife Management Officer arrived, curious as to what was going on. During the nice conversation that ensued, Eric let his KX3's memory continue calling CQ in beacon-mode. Eric's first QSO and only QSO on 80m came at 1356 UTC with his friend K8RAT in central Ohio.

When the hunters with their young sons returned to their vehicles, the Wildlife Management Officer excused himself in order to chat with them.

Confident now that he was being spotted, Eric switched to 40m and his first QSO there came at 1403 UTC with AD0YM in Missouri. Thereafter, QSOs came at a furious pace, with Eric's thirty-eighth QSO on 40m coming at 1434 UTC with N8KIE in Michigan. Having a second park yet to visit, Eric sent "QRT" but before he could quit, he had a thirty-ninth QSO on 40m at 1437 UTC with N4EX in North Carolina.

In all, Eric made forty QSOs in forty-nine minutes. All of Eric's QSOs were CW and were made with five watts output.

After tear-down and after taking a short walk to admire the view of Lake Rupert, Vickie and Eric cleaned up some of the trash that previous visitors to the site had left behind.