The stone remnant of the old Richland furnace still stands on this property south of the established parking lot at the end of Township Road 13. Furnaces of this era usually employed up to 450 people and most lived in the small crossroads company towns such as Richland. 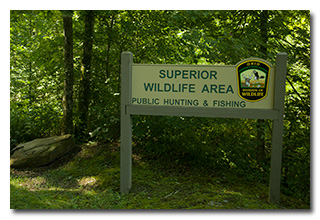 On Labor Day Monday, September 6, 2021, one member of the Southeast Ohio Radio Adventure Team performed a successful activation of Superior Wildlife Area in Ohio as part of the Parks on the Air (POTA; link) program.

Eric McFadden, WD8RIF, performed the activation of Superior Wildlife Area on a beautiful early-Fall afternoon at the parking area at the end TR-13, a very narrow, rutted, road with several stream-crossings. Fortunately, Eric's redoubtable Honda Fit had no trouble with the drive although it could have used an inch or three of more ground clearance in places. This was the first-ever POTA activation of Superior Wildlife Area. Eric was accompanied by his wife, Vickie, and by the little dogs Theo and Mindy. 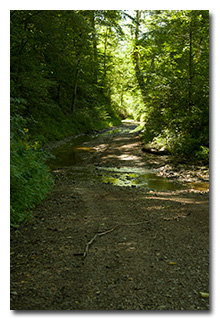 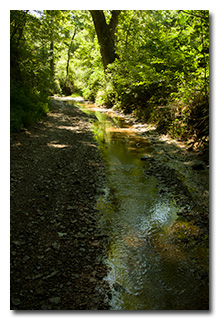 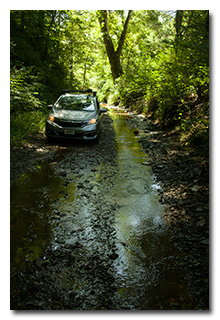 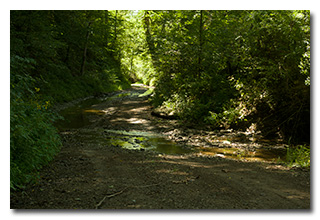 Eric, Vickie, and the dogs arrived at the parking area at 1530 UTC to find a pickup truck already in the parking area. Leaving space around the pickup truck, Eric deployed his 28½' wire antenna on the 31' Jackite telescoping fiberglass mast and drive-on base. Eric chose to set up the KX3 inside the car and was on the air at 1538 UTC. 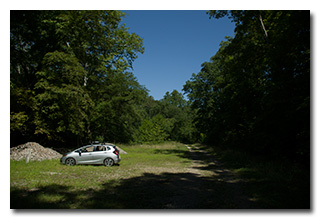 Having lost cell-signal miles before reaching the parking area, Eric was not at all surprised to find he had no cell signal at this operating locations. Because he had anticipated having no cell signal, Eric had announced his activation on POTA Spots so that when he was picked up on the Reverse Beacon Network (RBN, link) he would be spotted on POTA Spots (link) by algorithm. Eric had also asked his friend K8RAT and K4SWL to watch RBN and to spot him on POTA Spots if the algorithm wasn't working.

Eric began operations on 80m and his first QSO and only QSO on 80m came at 1540 UTC with his friend K8RAT in central Ohio.

Confident now that he was being spotted, Eric switched to 40m and his first QSO there came at 1548 UTC with NT2A in New York. QSOs didn't come nearly as quickly as they had at Wellston Wildlife Area earlier in the day (link) and he had to call "CQ" many times but QSOs came at a reasonable rate and Eric never felt he would fail to validate this activation with ten QSOs. Eric's thirteenth QSO on 40m came at 1602 UTC with WM4Q in Tennessee.

When his calls on 40m stopped producing results, Eric switched to 30m at 1604 UTC, and his only QSO there came at 1612 UTC with WM4P in Florida.

In all, Eric made fifteen QSOs in thirty-four minutes. All of Eric's QSOs were CW and were made with five watts output.