Spencer Lake Wildlife Area is in the glaciated portion of the state. It is characterized by gently rolling topography. 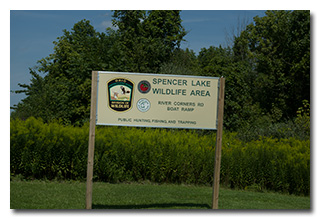 On Sunday, August 28, 2022, two members of the Southeast Ohio Radio Adventure Team performed a difficult yet ultimately successful activation of Spencer Lake Wildlife Area (K-9502) as part of the Parks on the Air (POTA; link) program.

Eric McFadden, WD8RIF, and Miles McFadden, KD8KNC, performed the activation of Spencer Lake Wildlife Area at the River Corners Boat Ramp after spending time at Mansfield Lahm airport meeting the Commemorative Air Force's B-29 Superfortress Fifi (link) and B-24 Liberator Diamond Lil (link). Fifi in one of only two flying B-29s in the world and Diamond Lil is one of only two flying B-24s in the world. 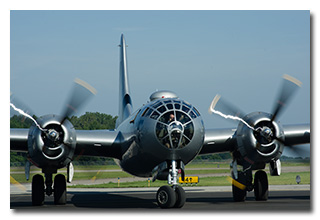 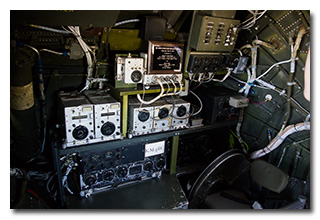 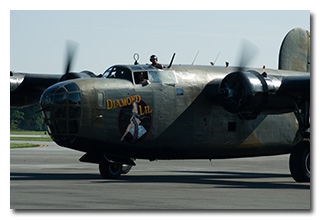 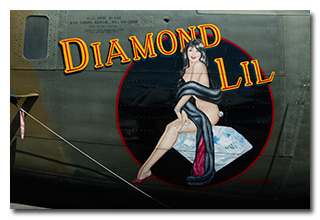 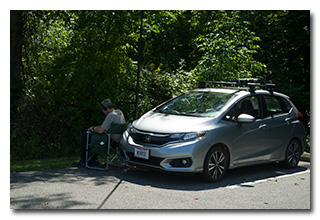 Eric and Miles arrived at the Spencer Lake Wildlife Area's River Corners Boat Ramp parking lot at about 1545 UTC and selected a shady corner of the parking lot for the station. Eric deployed his 28½' wire vertical on his Jackite 31' telescoping fiberglass mast which he supported on his drive-on mount. Setting up his KX3 on folding camp-chair, Eric was on the air at 1600 UTC.

Eric had good cell-signal at this location and was able to spot himself on POTA Spots (link) and to use POTA Spots to identify possible Park-to-Park (P2P) QSOs.

Eric began operations on 40m at 1600 UTC by finding himself a frequency to run, texting the frequency to his friends K8RAT and K4SWL, calling "CQ POTA", and spotting himself to POTA Spots. His first and only QSO on 40m came immediately and was with K4SWL. Many long minutes of calling CQ on 40m failed to produce any additional QSOs.

Eric checked POTA Spots for P2P QSO opportunities but he was either unable to hear the activator or the activator couldn't hear him, so not P2P QSOs were made at this time.

Eric switched to 20m, spotted himself, but his continued calls of CQ went unanswered.

With hopes of working K8RAT, Eric switched to 80m. Eric could hear Mike, but Mike couldn't hear him.

Eric switched to 30m, spotted himself, but his continued calls of CQ went unanswered.

Eric switched to 17m, spotted himself, but his continued calls of CQ went unanswered.

Eric returned to 20m and noticed that he could actually hear some signals. He spotted himself and began calling CQ and at 1643 UTC, forty-two minutes after he completed his first QSO, he made a second QSO, this time with W2AFE in Pennsylvania. Long minutes of continued calling CQ failed to produce any additional QSOs.

With over a full hour of on-air time and only four QSOs in the log, Eric had started to think that this activation might be his first-ever failed activation. However, it was at this time that 20m started to open between Ohio and Kansas and, with the Kansas QSO Party (KSQP) underway, many strong stations in Kansas could be heard. Eric began tuning around the 20m band, answering every strong Kansas QSO Party station he could hear. Eric found that most of the stations who were S9+20dB (or stronger) on his S-meter couldn't hear him, but after about twenty minutes of hunt-and-pounce, Eric had managed to work five Kansas QSO Party stations, all of which had 1x1 special callsigns: W0K, N0C, K0C, K0I, and K0N. The Kansas QSO Party had taken Eric's QSO-count to nine and had saved the activation.

Eric's tenth and final QSO was a short ragchew on 20m with KT8M who was running QRP in Grafton, Ohio, less than fifteen miles away as the RF flies.

In all, Eric managed to complete the ten QSOs required to validate his POTA activation of Spencer Lake Wildlife Area, but it took him ninety-eight minutes of on-air time to do so. All of Eric's QSOs were CW and were made with 5-watts output. 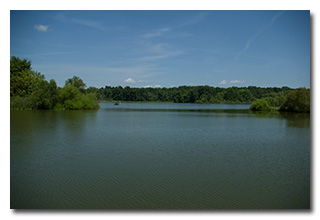 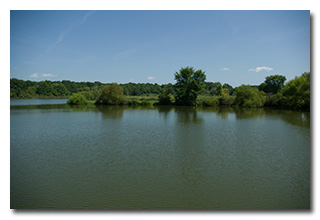 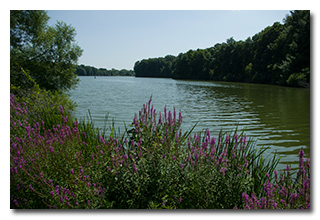 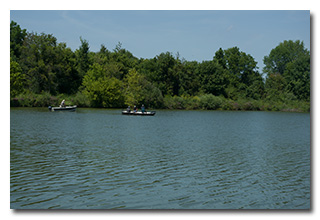 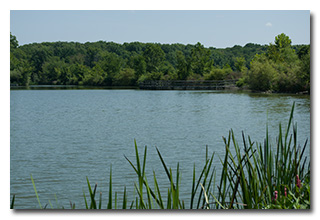 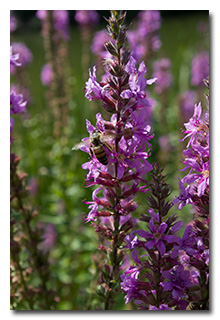 Eric's initial plan had been to perform a string of three activations on this day: first Spencer Lake Wildlife Area (K-9502), then drive fourteen miles to activate Findley State Park (K-1950), and finally to drive less than two miles to activate Wellington Wildlife Area (K-9515). However, after the truly horrid band conditions he had experienced at Spencer Lake, Eric knew with certainty that he wasn't interested in spending ninety-eight minutes or more at each of the other two parks—even as he was at the same time disappointed he would not get to perform the activations.

Eric and Miles did drive the fourteen miles from Spencer Lake to Findley State Park and then to Wellington Wildlife Area for a some reconnaissance, and it was during this short drive that K4SWL notified them that the Earth was experiencing an R2 HF radio blackout—this was why the activation of Spencer Lake Wildlife Area has been so challenging! (Eric learned a few days later that on the 28th, the Earth had been struck by seven M-class flares.)

Findley Lake State Park turned out to be a lovely little state park, with plenty of shaded picnic tables and views of Findley Lake—a lovely place for a POTA activation. Wellington Wildlife Area, on the other hand, turned out to be less attractive and Eric found he will need to do more research to find the designated parking areas before he returns to perform an activation.