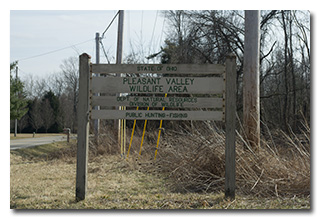 On Saturday, February 26, 2022, two members of the Southeast Ohio Radio Adventure Team performed a successful activation of Pleasant Valley Wildlife Area in Ohio as part of the Parks on the Air (POTA; link) program.

Following an unsuccessful car-shopping trip to Chillicothe, Eric McFadden, WD8RIF, and Miles McFadden, KD8KNC, stopped at Pleasant Valley Wildlife Area for quick activation. They were accompanied by Eric's wife Vickie, KC8MAJ, and the two small dogs Theo and Mindy. Arriving at one of the wildlife area's parking areas about 1830 UTC, the trio-plus-dogs ate a picnic lunch and then Eric and Miles set up the 28½' wire vertical on a Jackite 31' telescoping fiberglass mast and drive-on mount. Because of the just-above-freezing temperature, Eric chose to set up his KX3 inside the car. Eric was on the air at 1850 UTC.

As he had hoped, Eric found he had good cell-signal at this location and he was able to spot himself on POTA Spots (link) and to use POTA Spots to identify possible park-to-park (P2P) QSO opportunities. 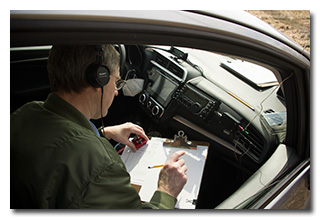 Switching to 20m, Eric found himself a frequency and began calling "CQ POTA", interested to see if POTA Spots would automatically update his spot with the new frequency and was pleased to see that it did. Eric's first QSO in this run on 20m came at 1922 UTC with VA2YZX in Quebec. QSOs came steadily, with Eric's fourth QSO in this run coming at 1927 UTC with WB5EVO in Oklahoma. This run on 20m included a P2P QSO with WA7RAR who was activating Rogue River-Siskiyou National Forest in northern California or southern Oregon and QSOs with operators located in Quebec, Maine, and Oklahoma

In all, Eric made thirty-one QSOs, including six P2P QSOs, in forty-seven minutes. All of Eric's QSOs were CW and were made with five watts output. 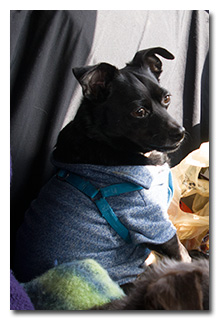 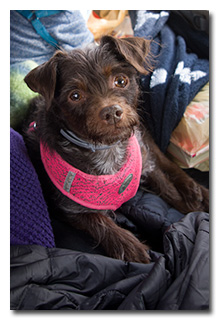