The Kokosing Lake Wildlife Area was constructed by the U.S. Army Corps of Engineers for flood control and recreation in 1971. The land has been used for public hunting since July 1969, by cooperative agreement with the Corps of Engineers. In March 1974, 1,088 acres were licensed to the Ohio Department of Natural Resources, Division of Wildlife, for fish and wildlife purposes. The area is managed for wildlife through development of crop rotations and field sizes to provide food and cover for upland species. Wildlife habitat has been enhanced by planting grasses, legumes, and food plots, spot mowing to maintain openland nesting cover, cutting trees in existing fencerows and woodlot borders to improve brushland habitat, and protecting existing woodlands. 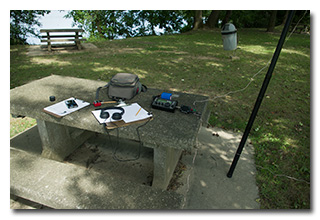 On Friday, August 26, 2022, one member of the Southeast Ohio Radio Adventure Team performed a successful activation of Kokosing Lake Wildlife Area (K-9472) as part of the Parks on the Air (POTA; link) program.

Eric McFadden, WD8RIF, performed his activation of Kokosing Lake Wildlife Area while enroute to Mansfield, Ohio, to meet his son Miles and to see the WWII heavy bombers B-29 Superfortress Fifi (link) and B-24 Liberator Diamond Lil (link).

Eric arrived at the Kokosing Lake Wildlife Area's boat-ramp parking lot at about 1845 UTC and selected a shady picnic table on which to deploy his station. Eric deployed his 28½' wire vertical on his Jackite 31' telescoping fiberglass mast which he leaned into a nearby tree. Setting up his KX3 on a picnic table, Eric was on the air at 1855 UTC. 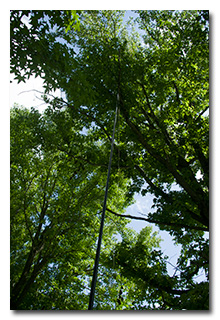 Eric had good cell-signal at this location and was able to spot himself on POTA Spots (link) and to use POTA Spots to identify possible Park-to-Park (P2P) QSOs.

Eric began operations on 40m by finding himself a frequency and calling "CQ POTA". He was pleased to see that POTA Spots automatically spotted him based on the Reverse Beacon Network (RBN, link.) Eric's first QSO came at 1857 UTC with his good friend K8RAT who was a mere fifteen miles away. QSOs on 40m came quickly, with Eric's sixth QSO coming at 1906 UTC. This run included a QSO with Eric's good friend K4SWL in North Carolina, a P2P QSO with N9ANA who was activating Des Plaines State Fish and Wildlife Area (K-4120) in Illinois, and QSOs with operators located in Ohio, North Carolina (2), Michigan, and Illinois.

After finding a frequency to run on 20m, at 1921 UTC Eric completed a QSO with N0VRP in Texas and a second QSO with K8RAT in Ohio.

In all, Eric made fifteen QSO in thirty-nine minutes of on-air time. All of Eric's QSOs were CW and were at 5 watts output. 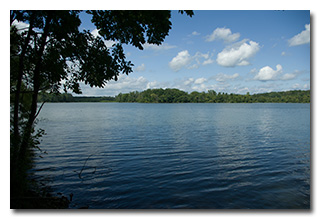 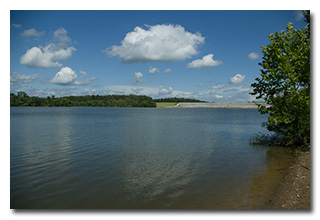 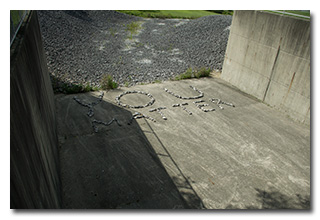