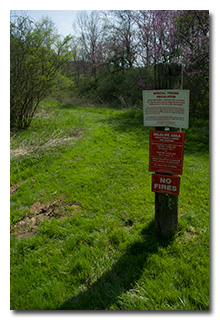 On Saturday, April 23, 2022, one member of the Southeast Ohio Radio Adventure Team performed a successful activation of Fox Lake Wildlife Area in Ohio as part of the Parks on the Air (POTA; link) program.

Following a successful activation of Turkey Ridge Wildlife Area (link) and still participating in QRP to the Field (QRPttF), Eric McFadden, WD8RIF, visited Fox Lake Wildlife Area on a hot and brutally sunny Spring afternoon, arriving at the northern parking area at about 1815 UTC. Eric was accompanied by little dog Theo, his wife Vickie, his daughter Kate, and Kate's boyfriend Anthony, who came in a separate car.

While Kate and Anthony fished at the dam spillway and at Lake Fox itself, Eric set up his 28½' wire vertical on his Jackite 31' telescoping fiberglass mast and drive-on mount and, foolishly ignoring the brutal sun and lack of shade, set up his KX3 on his folding camp-chair placed at the base of the mast. Eric was on the air at 1826 UTC. 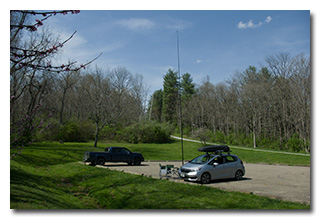 Finding himself a frequency to run on 40m near the QRP calling frequency of 7.030 MHz, Eric began calling "CQ TTF" and spotted himself to POTA Spots. His first QSO came at 1829 UTC with K2PQ in New Jersey. K2PQ did not send the complete QRPttF exchange, so he was probably not participating in QRPttF. Several long minutes of additional CQ calls failed to produce a second QSO.

Finding himself a frequency on 20m near the QRP calling frequency of 14.060 MHz, Eric spotted himself and began calling "CQ TTF". After several minutes of calling, Eric completed his second QSO at 1838 UTC with Larry, AE0G, in Nebraska. Larry did send the entire QRPttF exchange so it's possible he was participating in QRPttF. Many minutes of additional CQ calls failed to produce any more QSOs.

While his KX3 was busy calling "CQ" on 20m, Eric checked POTA Spots for P2P QSO opportunities and at 1841 UTC he paused his calls on 20m long enough to switch to 40m to work K8RLE who was activating Lake Interstate State Game Land (K-6715) in Michigan.

Returning to 20m, Eric resumed his CQ calls. His first QSO in this run came at 1843 UTC with W1LP in Massachusetts. QSOs came slowly, with Eric's fifth QSO in this run coming sixteen minutes later at 1859 UTC with WA5KMA in Texas.

Returning to 40m, Eric stumbled upon and completed a QSO at 1902 UTC with special event station K3S, the Nuclear Ship Savannah Amateur Radio Club, who was celebrating International Marconi Day.

Finding his own 40m frequency to run near the QRP calling frequency of 7.030 MHz, Eric spotted himself and began calling CQ. After fourteen minutes of fruitless calling, at 1916 UTC Eric completed a QSO with KA3GMZ in Pennsylvania. After this point, apparently propagation improved and QSOs came steadily, with Eric's seventh QSO in this run coming at 1923 UTC with his friend Tom, K4SWL, in mountainous western North Carolina. This run included QSOs with stations located in Pennsylvania, Ohio, Illinois (2), Ontaria, Tennessee, and North Carolina. Also during this run, Eric's wife, daughter, and daughter's boyfriend left for a scheduled doctor's appointment, leaving little Theo-dog with Eric.

As at the previous activation of Turkey Ridge Wildlife Area, Eric was disappointed in the seeming lack of participation in QRP to the Field and in the very poor propagation conditions. In all, Eric made sixteen QSOs, including one P2P QSO, in just under an hour. All of Eric's QSOs were CW and were made with five watts output.

Following tear-down, apparently because he wasn't yet sunburnt enough, Eric and Theo hiked the short way to the dam and back before driving home with the car's A/C turned on. 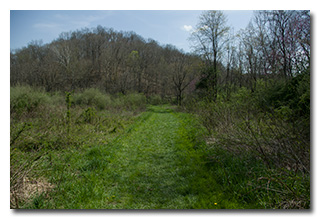 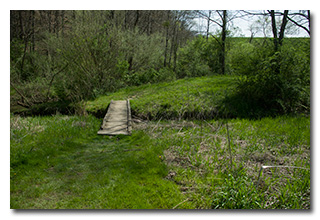 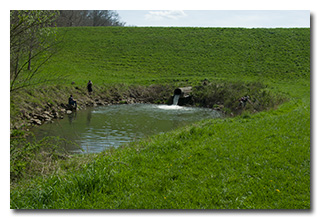 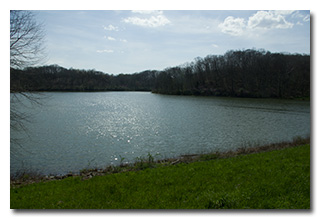 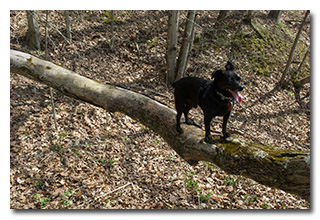 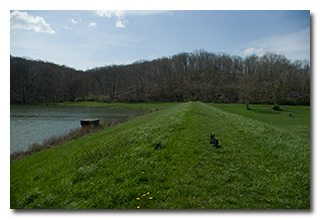 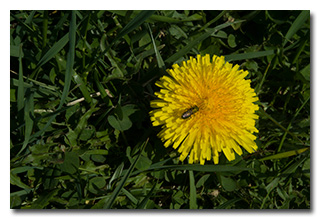 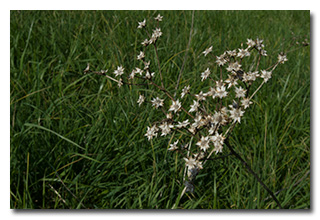 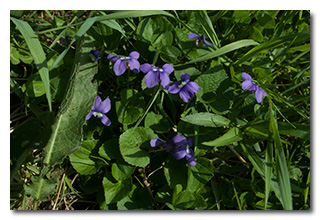 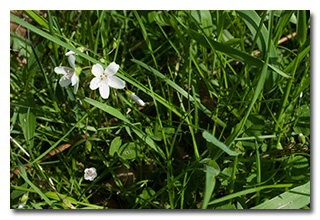