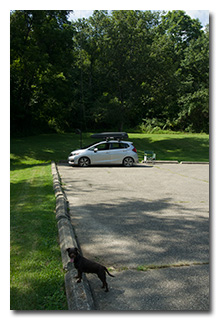 Being impatient to activate some of the many new POTA units that had been added in Ohio a few days earlier, Eric McFadden, WD8RIF, took a half-day of vacation on a beautiful sunny afternoon and first visited the nearby Turkey Ridge Wildlife Area and then the Fox Lake Wildlife Area. Eric was accompanied by the small dogs Theo and Mindy.

Following his successful activation of Turkey Ridge Wildlife Area (link), Eric and the dogs arrived at the Fox Lake Wildlife Area's northern parking area at 1850 UTC. While the dogs explored, Eric deployed his 28½' wire antenna on his 31' Jackite telescoping fiberglass mast and drive-on base. For protection against the direct sun, he set up his KX3 in his car. Eric was on the air at 1901 UTC.

Eric surprised but pleased to find he had good cell-signal at this location, and he was able to spot himself to POTA Spots (link) and to use POTA Spots to identify possible park-to-park (P2P) QSO opportunities. 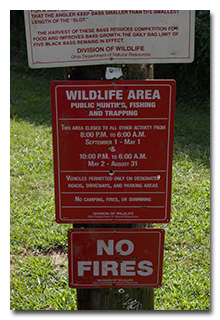 After set-up, Eric was successful in getting Theo-dog back into the car but Mindy was having too much fun exploring to be bothered to return to the car. Throughout the whole activation, Eric would have to watch Mindy to make sure she didn't get too far away and would occasionally have to call her back when she strayed too far.

Eric began operations by finding a frequency on 80m, spotting himself on POTA Spots, and calling "CQ POTA". Eric's first QSO came at 1905 UTC with K8RAT in Ohio. Eric's second QSO came at 1906 UTC with N8WS, also in Ohio.

Switching to 30m at 1931 UTC, Eric found a frequency, spotted himself, and began calling "CQ POTA". Eric's first QSO on 30m came at 1934 UTC with AA5UZ in Louisiana. Eric's second QSO on 30m and final QSO overall came at 1937 UTC with NE1D in Massachusetts.

In all, Eric made fifteen QSOs. All of Eric's QSOs were CW and were made with five watts output.

During this activation, Eric noticed that while QSOs weren't slow in coming, almost without exception the other station was very, very weak. The signals at Fox Lake were significantly weaker than the signals had been at the activation two hours prior at Turkey Ridge. The highest signal report Eric gave at Fox Lake was 579, and most of the signal reports Eric gave were 539 or 339. Eric is at a loss to explain why signals were so weak.

After the operation was finished but prior to tear-down, Eric and Mindy-dog followed the path leading to the earthen dam which forms Fox Lake from Margaret Creek. 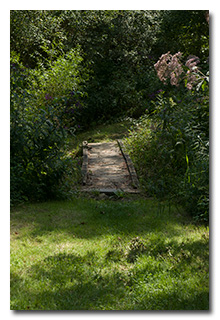 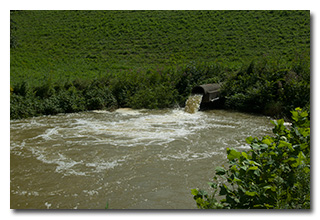 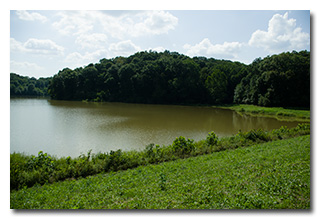 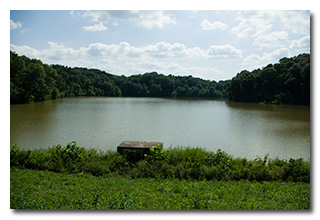 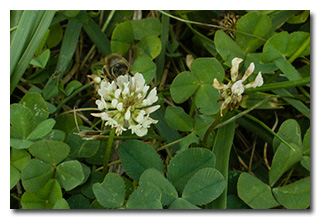 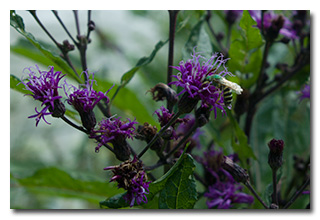 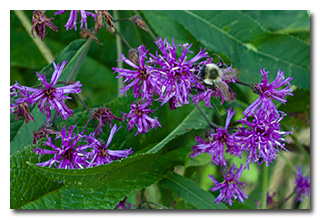 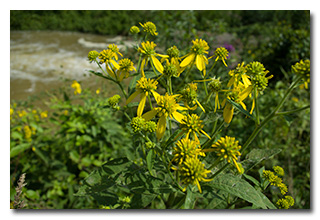 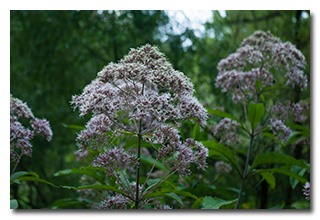 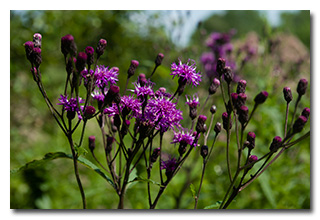