This unique, 273-acre wildlife area lies in the southwest corner of Washington County. It can be reached by way of County Road 3 from State Route 555. The area includes steep, rocky terrain, varied forest types, and a small stream. Nearly all of it is wooded. 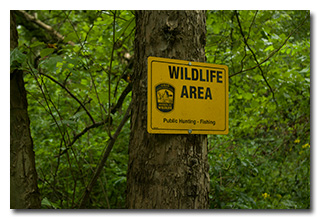 Being impatient to activate some of the many new POTA units that had been added in Ohio a few days earlier, Eric McFadden, WD8RIF, took a half-day of vacation on a rainy Thursday morning in order to first visit the nearby Acadia Cliffs Wildlife Area and then the Desonier State Nature Preserve. Eric was accompanied by his small dog, Theo.

Eric and Theo arrived at the Acadia Cliffs trailhead parking area at about 1250 UTC and quickly deployed his 28½' wire antenna on his 31' Jackite telescoping fiberglass mast and drive-on base. Because of the rain, he set up his KX3 in his car. Eric was on the air at 1301 UTC. 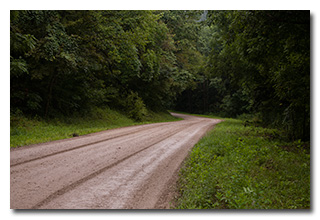 Eric was not surprised to find he had no cell-signal whatsoever at this location. Having anticipated this, he had announced his activation beforehand on POTA Spots (link) so that when he his CW signal was heard by the Reverse Beacon Network (RBN, link), he would also be spotted on POTA Spots by an algorithm. As a back-up, he had asked both K8RAT and K4SWL to watching for him on the RBN and to spot him to POTA Spots if necessary.

Eric began operations by finding a frequency on 80m and calling "CQ POTA". The spotting algorithm worked, because Eric was quickly spotted to POTA Spots and his first QSO came at 1304 UTC with top-Hunter VE3LDT in Ontario, Canada. His second QSO came at 1307 UTC with WF4I in North Carolina. 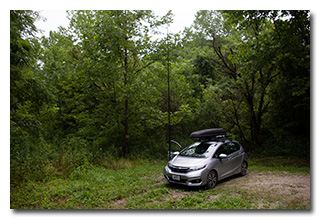 Shortly after the QSO with WF4I, Wildlife Control Officer Mark Basinger stopped at the site and engaged in a friendly chat with Eric about POTA, Acadia Cliffs Wildlife Area, and Desonier State Nature Preserve. Officer Basinger mentioned he had run into another area ham performing POTA activations at Waterloo Wildlife Area.

As Officer Basinger stepped away to check out the area and pick up trash, Eric found a frequency on 40m and, as before, the spotting algorithm worked and Eric was quickly spotted to POTA Spots on the new frequency. His first QSO on 40m came at 1314 UTC with K9IS in Wisconsin. Subsequent QSOs came steadily, if not terribly quickly, with Eric's ninth QSO on 40m coming at 1332 UTC with K9DVP in Illinois.

When QSOs on 40m stopped coming, Eric switched to 30m at 1339 UTC had a second QSO with K9IS in Wisconsin. Eric's second QSO on 30m and final QSO overall came at 1342 UTC with W1VKE in Massachusetts.

In all, Eric made thirteen QSOs. All of Eric's QSOs were CW and were made with five watts output. 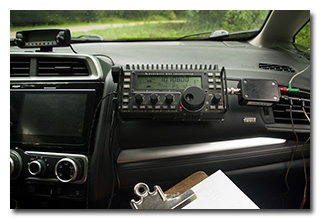 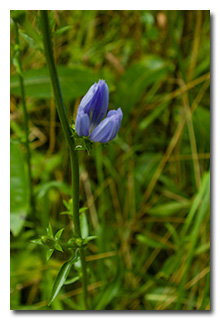 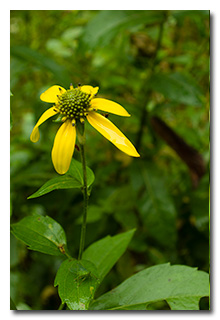 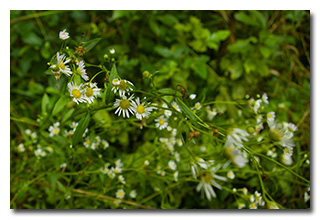 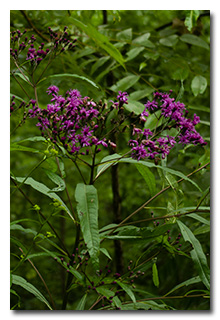 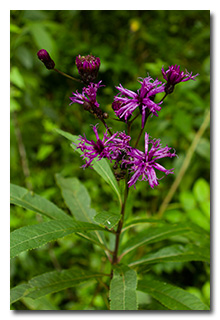