This 75-acre preserve is within the Sugar Grove Region of the Hocking Hills. A relatively strenuous hike to the top of the dry ridgeline affords a view of the Hocking River Valley to the east. This dry ridge forms a horseshoe shape, supporting a significant chestnut oak community with Virginia and pitch pine, sourwood and a well-developed heath layer of mountain laurel, blueberry, deerberry, and state listed flame azalea (Rhododendron calendulaceum).

The cooler north facing slopes below the cliff lines form an environment better suited to eastern hemlock, black birch and another state listed member of the heath family – the great rhododendron (Rhododendron maximum). This is likely the home of the largest native population of this native rhododendron in Ohio. Peak blooming is typically during late June and early July.

The preserve is adjacent to Wahkeena Nature Preserve. 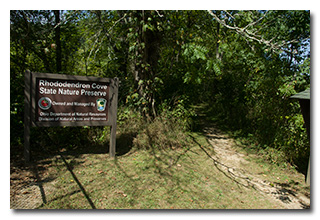 On Sunday, September 19, 2021, one member of the Southeast Ohio Radio Adventure Team performed a successful activation of Rhododendron Cove State Nature Preserve in Ohio as part of the Parks on the Air (POTA; link) program.

Eric arrived at the parking area at 1545 UTC to find one unoccupied car already in the small parking lot. Parking as far away from this vehicle as he could, Eric deployed his 28½' wire antenna on the 31' Jackite telescoping fiberglass mast and drive-on base. Wanting shade from the intense sun, Eric set up the KX3 inside the car and was on the air at 1656 UTC. 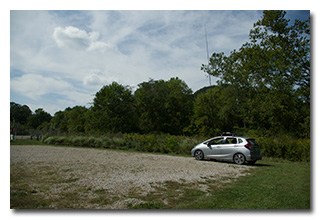 As he had expected, Eric found he had good cell-signal at the operating location and he was able to access POTA Spots (link) to spot himself to to check for park-to-park (P2P) QSO opportunities.

Eric began operations on 80m and his only QSO there came at 1700 UTC with KWC0Y in Indiana.

Still lacking the ten QSOs required to validate the activation, and suffering from seasonal allergy sinus pressure, Eric decided to forgo trying to run a frequency and switched to 20m to work participants in the Texas QSO Party which was underway at the time. Between 1732 UTC and 1740 UTC, Eric made QSOs with Texas QSO Party participants W5CT in Limestone County, WA5LFD in Dallas County, N5JB in Collin County, and NA5YO in Jackson County.

In all, Eric made eleven QSOs in about forty-six minutes. All of Eric's QSOs were CW and were made with five watts output. 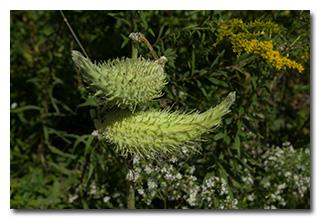 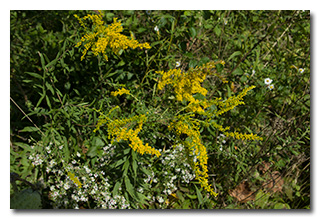 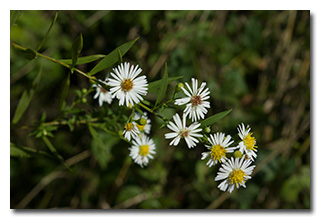