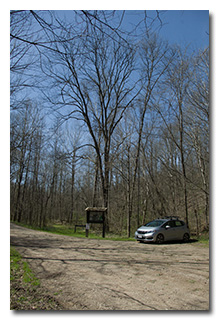 On Easter Sunday, April 17, 2022, one member of the Southeast Ohio Radio Adventure Team performed a successful activation of Desonier State Nature Preserve in Ohio as part of the Parks on the Air (POTA; link) program.

Upon arrival, Eric parked away from the other vehicles in the parking area and quickly deployed his 28½' wire vertical on a Jackite 31' telescoping fiberglass mast and drive-on mount. Because of the cold temperature, Eric mounted his KX3 inside the car and was on the air at 1434 UTC.

Eric began operations on 40m by finding himself a frequency to run, calling "CQ POTA", and spotting himself to POTA Spots. Eric's first QSO came at 1437 UTC with KZ4KX in Kentucky. QSOs came quickly on 40m, with Eric's eleventh QSO coming at 1448 UTC with W8EWH in Michigan. This run included QSOs with operators located in Kentucky (2), Wisconsin (2), Virginia, Illinois, North Carolina, Maryland, South Carolina (2), and Michigan.

Switching to 20m, Eric found a frequency to run, began calling "CQ POTA", and updated his spot on POTA Spots. His first QSO on 20m came at 1506 UTC with N1HN in Maine. This was followed at 1507 UTC by a QSO with W5WMQ in Kansas, and at 1509 UTC by a QSO with WA5IEK in Mississippi. During this run, Eric struggled to finally copy the callsign of HA9RE in Hungary but then the band changed and Eric wasn't able to complete the QSO.

Switching to 30m, Eric found a frequency to run, began calling "CQ POTA", and updated his spot on POTA Spots. Eric's first QSO on 30m came at 1518 UTC with N2ESE in Vermont. This was followed at 1520 UTC by a QSO with W1VKE in Massachussets and at 1521 UTC with NN9K in Illinois.

Eric finished his activation by texting his good friend K8RAT in central Ohio to meet him on 80m and at 1526 UTC the QSO was successfully completed.

In all, Eric made twenty-five QSOs, including two P2P QSOs. All of Eric's QSOs were CW and were made with five watts output.

Following the activation, Eric walked a short distance down the Oak Ridge Trail to the south, leaving the Theo-dog in the car because pets aren't allowed in Ohio State Nature Preserves. 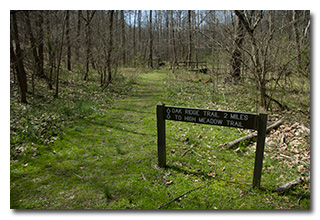 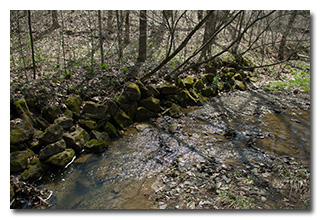 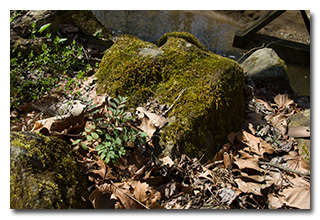 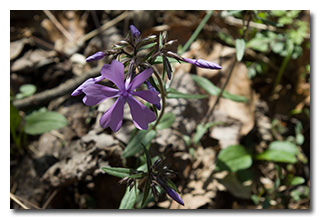 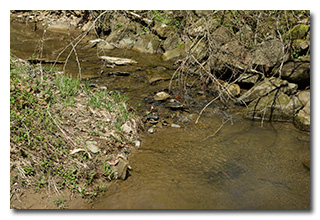 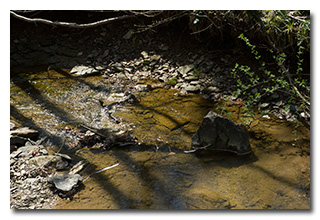