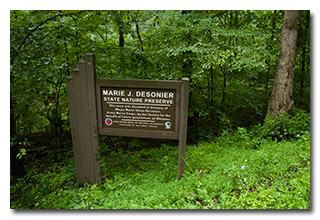 Being impatient to activate some of the many new POTA units had been added in Ohio a few days earlier, Eric McFadden, WD8RIF, took a half-day of vacation on a rainy Thursday morning to first visit the nearby Acadia Cliffs Wildlife Area and then the Desonier State Nature Preserve. Eric was accompanied by his small dog, Theo. 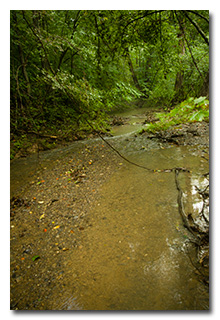 Following a successful activation of Acadia Cliffs Wildlife Area (link) and a drive on a seriously muddy road, Eric and Theo arrived at the Desonier State Nature Preserve parking area at about 1415 UTC. Eric parked his car near near a pleasantly burbling brook, and deployed his his 28½' wire antenna on his 31' Jackite telescoping fiberglass mast and drive-on base. Because of the rain, he set up his KX3 in his car. Eric was on the air at 1422 UTC.

Eric surprised but pleased to find he had good cell-signal at this location, and he was able to spot himself to POTA Spots (link) and to use POTA Spots to identify possible park-to-park (P2P) QSO opportunities.

Eric began operations by finding a frequency on 80m, spotting himself to POTA Spots, and calling "CQ POTA". Eric's first QSO came at 1425 UTC with his good friend K8RAT in central Ohio. QSOs came surprisingly quickly on 80m, with Eric's fourth QSO coming at 1429 UTC with WF4I in North Carolina.

Pausing to check POTA Spots for P2P QSO opportunities, Eric made a P2P QSO at 1432 UTC on 40m with KD5TXX who was activating Fort Massac State Park (K-0993) in Illinois. 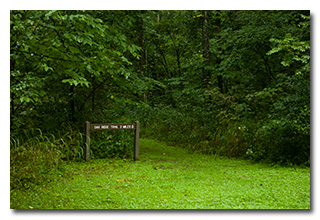 After finding his own frequency on 40m and spotting himself to POTA Spots, Eric made a nice run of eight QSOs between 1433 UTC and 1442 UTC.

Switching to 30m, Eric spotted himself to POTA Spots and made a short run of three QSOs between 1448 UTC and 1451 UTC.

In all, Eric made nineteen QSOs, including four P2P QSOs. All of Eric's QSOs were CW and were made with five watts output. 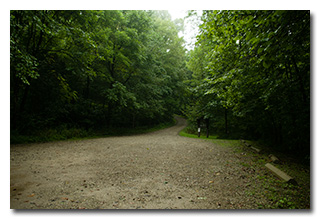 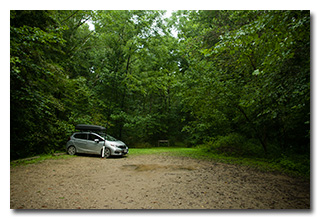