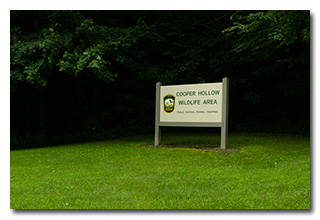 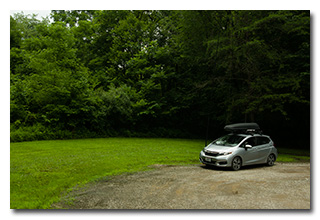 Eric arrived at Cooper Hollow Wildlife Area at about 1615 UTC. Eric quickly set up his 28½' wire vertical on his Jackite 31' telescoping fiberglass mast and drive-on mount. Because of the threat of rains and thunderstorms, and because of his aggressive time schedule, Eric set up his KX3 inside his car. Eric was on the air at 1630 UTC.

Eric began operations by finding a frequency to run on 40m and by 1658 UTC he had succeeded in making fifteen QSOs, the last QSO in the run being with Eric's father, W8EOG.

Switching to 20m to run a frequency, Eric made three additional QSOs by 1709 UTC.

In all, Eric made twenty QSOs, including two P2P QSOs, in about forty-six minutes. All of Eric's QSOs were CW and were made at the 5-watt level.