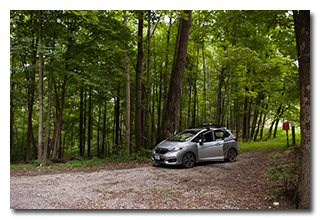 On Saturday, August 7, 2021, one member of the Southeast Ohio Radio Adventure Team performed a successful impromptu activation of Waterloo Wildlife Area in Ohio as part of the Parks on the Air (POTA; link) program.

Eric had spent most of Saturday morning helping with Athens County Amateur Radio support of the inaugural "Run Baileys" fifteen-mile trail run. Finishing earlier than he had expected to, and the weather being nice, Eric decided it was a good day to do some POTA activations and started at Waterloo Wildlife Area. Eric was joined by his wife, Vickie, and their two small dogs, Mindy and Theo. 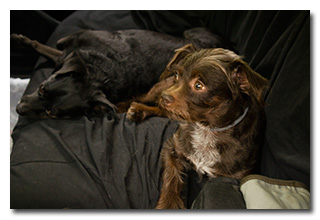 Eric began operations by checking POTA Spots for P2P QSO opportunities and at 1735 UTC made a P2P QSO on 20m with K0BWR who was activating Tallgrass Prairie Preserve National Conservation Area (K-3673) in Kansas.

Finding his own frequency on 40m, Eric's first QSO there came at 1740 with K8RAT. Subsequent QSOs came more guickly than Eric had expected, with Eric's eleventh QSO on 40m coming at 1753 UTC.

Checking POTA Spots again for P2P QSO opportunities, at 1755 UTC Eric made a P2P QSO on 20m with N4CD who was activating Spring Creek Forest State Preserve (K-4423) in Texas.

In all, Eric made thirteen QSOs, including two P2P QSOs. All of Eric's QSOs were CW and were made at the 5-watt level.