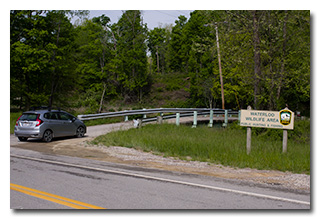 On Sunday, May 16, 2021, one member of the Southeast Ohio Radio Adventure Team performed a successful activation of Waterloo Wildlife Area in Ohio as part of the Parks on the Air (POTA; link) program.

Because of the available cell-signal at this location, Eric McFadden, WD8RIF, chose to go to the same garage/service-area he went to for his previous activation of this park on May 9 (link and he arrived at 1400 UTC. Eric quickly deployed his 28½' wire antenna on his 31' Jackite telescoping fiberglass mast and drive-on base and set up his KX3 inside the car. Eric was on the air at 1414 UTC. 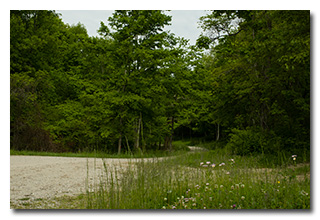 Finding his own frequency on 40m, Eric made fourteen QSOs in seventeen minutes.

In all, Eric made sixteen QSOs, including two P2P QSOs, in about twenty-three minutes. All of Eric's QSOs were CW and were made at the 5-watt level. 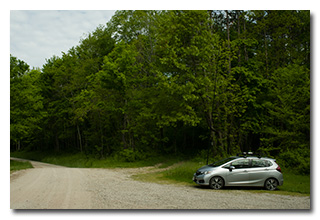