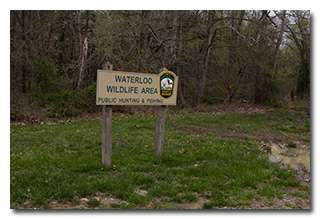 On Sunday, April 11, 2021, one member of the Southeast Ohio Radio Adventure Team performed a successful activation of Waterloo Wildlife Area in Ohio as part of the Parks on the Air (POTA; link) program. Eric McFadden, WD8RIF, was accompanied by his wife Vickie, KC8MAJ, and their two small dogs, Theo and Mindy.

Eric, Vickie, and the dogs followed the road along the ridgetop and arrived at the turn-around at the end of the road at about 1715 UTC. This area having significantly better cell-signal than the parking area at the former site of the fire tower, Eric chose to set up here and quickly deployed his 28½' wire antenna on his 31' Jackite telescoping fiberglass mast and drive-on base and, because of the threat of rain, set up his KX3 inside the car. Eric was on the air at 1725 UTC. 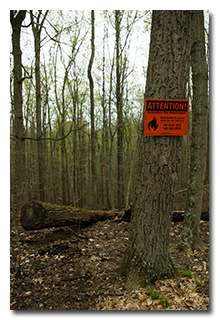 The excellent cell-signal at this location allowed Eric to use the POTA Spots website (link) to spot himself and to look for possible park-to-park (P2P) QSOs.

Eric began operations by looking on POTA Spots for possible P2P QSOs but found none at that particular moment.

Finding his own frequency on 40m, Eric made thirteen QSOs in just twenty minutes.

After the run on 40m, Eric again consulted POTA Spots and was able to make a P2P QSO on 40m with KD3D who was activating Bendigo State Park (K-1331) in Pennsylvania.

Switching to 30m, Eric managed a single QSO there.

In all, Eric made fifteen QSOs in about twenty-five minutes. All of Eric's QSOs were CW and were made at the 5-watt level.

On the drive out, the quartet found their way to Waterloo Wildlife Area's Penrod Lake, and found it to be a beautiful spot, but the absoluate lack of cell-signal at the lake would make it a challenging location to attempt a POTA activation. 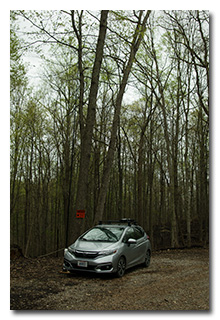 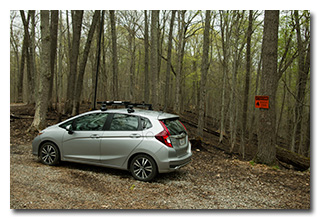 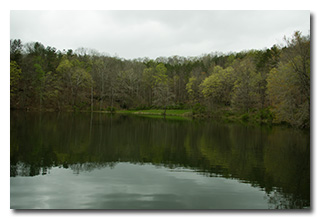