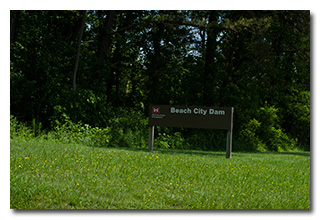 On Friday, June 4, 2021, two members of the Southeast Ohio Radio Adventure Team performed a successful activation of Beach City Wildlife Area in Ohio as part of the Parks on the Air (POTA; link) program. This was to be the second of two parks to be visited on the first day of a two-day outing, and four additional parks were to be visited on the second day. The first park visited in this outing was Shreve Lake Wildlife Area.

Eric and Miles arrived at the picnic area at the dam at 1830 UTC. Because of the nice weather, Eric chose to operate outside instead of in the car, so he and Miles deployed the 28½' wire antenna on a 33' MFJ-1910 telescoping fiberglass mast and tripod. Eric set up his KX3 on his folding camp-chair in the shade of a large tree and was on the air at 1846 UTC. 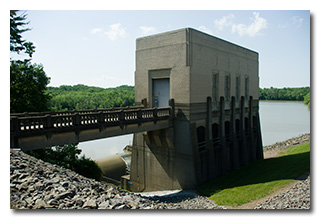 Eric began operations by looking for P2P QSO opportunities but was unable to work any other parks at that time. 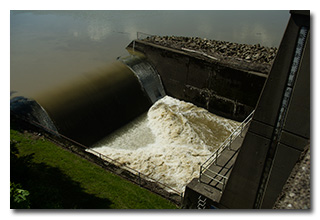 Eric paused to check for P2P opportunities and made a P2P QSO on 40m with AB9CA who was activating Paynetown on Monroe Lake State Recreation Area (K-4171) in Indiana.

Finding his own frequency on 40m, Eric made five QSOs in sixteen minutes.

In all, Eric made twelve QSOs, including four P2P QSOs, in about fifty minutes. All of Eric's QSOs were CW and were made at the 5-watt level.

Miles did not operate but helped with navigation, helped with set-up and tear-down, and did much of the activation photography. 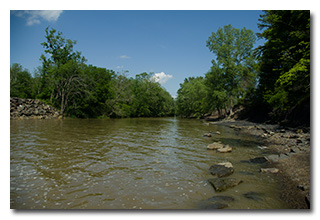 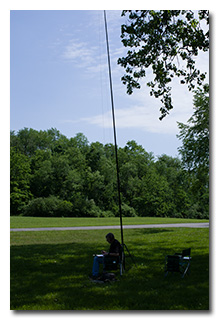 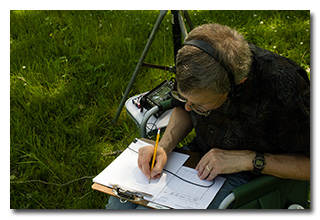 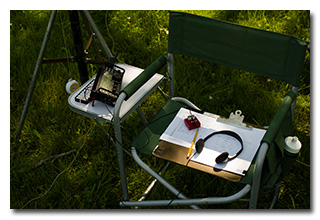