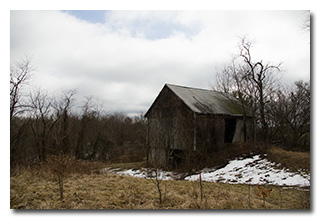 On Saturday, February 27, 2021, one member of the Southeast Ohio Radio Adventure Team performed a successful activation of West Blue Rock State Forest in Ohio as part of the Parks on the Air (POTA; link) program.

West Blue Rock State Forest consists of two distinct parcels. Eric McFadden, WD8RIF, performed this activation of the state forest in the northern parcel, at the field-entrance with the barn and oil tank.

Eric arrived at the chosen operating location to find the area deep in mud from the state's recent heavy snow and deep-freeze, so he didn't venture far from the main road. Enough ice remained on the field-entrance, however, that footing was tricky during the antenna deployment. Eric deployed his 28½' wire antenna on his 31' Jackite telescoping fiberglass mast and drive-on base. Eric chose to set up his KX3 inside the car and was on the air at 1524 UTC. 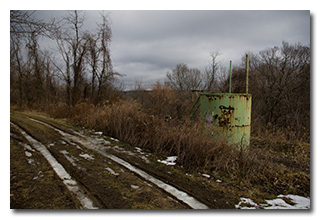 Eric was surprised to have excellent cell-signal at the operating location and was to self-spot himself on the POTA Spots website and to look for park-to-park (P2P) QSO possibilities.

Eric began operations on 80m and in quick order had worked his friend K8RAT in Ohio, AF8E in Ohio, and VE3LDT in Ontario.

Switching to 20m, Eric managed six QSOs in about six minutes. This run included a QSO with CU3BL in Portugal and IK4IDF in Italy.

In all, Eric made thirty-five QSOs, including two P2P QSOs. All of Eric's QSOs were CW and were made at the 5-watt level. 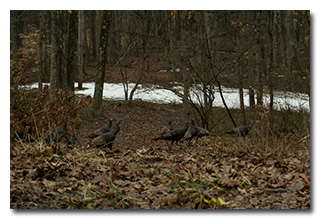