This 268-acre preserve protects one of the most spectacular dolomite and limestone gorges in the state. Registered as a National Natural Landmark in 1968, Clifton Gorge encompasses a 2-mile stretch of the Little Miami State and National Scenic River, just east of John Bryan State Park.

Geologically, it is an outstanding example of interglacial and post-glacial canyon cutting. At one point, the river funnels through a deep, narrow channel, which was apparently formed by the enlarging and connecting of a series of potholes in the resistant Silurian dolomite bedrock. In other sections of the gorge, cliff overhangs have broken off forming massive slump blocks scattered along the valley floor. 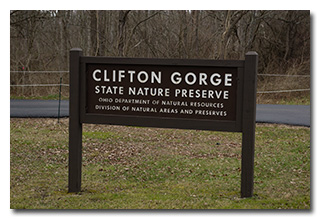 On Wednesday, December 23, 2020, two members of the Southeast Ohio Radio Adventure Team performed a successful activation of Clifton Gorge State Nature Preserve in Ohio as part of the Parks on the Air (POTA; link) program. This was the fourth of four newly-released parks to be visited in this outing and followed successful activations of Ceasar Creek Gorge State Nature Preserve, Caesar Creek State Wildlife Area, and Spring Valley State Wildlife Area.

This was the first-ever POTA activation of Clifton Gorge State Nature Preserve. 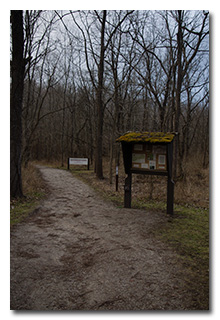 The trio arrived at the Clifton Gorge State Nature Preserve at about 2100 UTC to find several cars already in the parking area. The desired end-of-the-row parking places were already taken, so Eric chose a second-best parking spot and he and Miles deployed Eric's 28½' wire antenna on his 31' Jackite telescoping fiberglass mast and drive-on base. As at the first activation of the day, Eric had to make a field-expedient repair to his radiator—the stackable-banana had again come off. Eric set up his station in his car and deployed his KX3 on the new mobile-mount on the car's dashboard. Eric was on the air at 2117 UTC.

While Miles took an evening walk on the trail, Eric began operations on 80m. Eric's first QSO came at 2121 UTC with his friend K8RAT in Ohio. QSOs came quickly, with Eric's eleventh QSO coming at 2136 UTC with N3XLS in Pennsylvania.

Switching to 40m, Eric's first QSO there came at 2140 UTC with W2NR in New Hampshire. QSOs came quickly, with Eric's eighteenth QSO on 40m coming at 2154 UTC with WD0ACB.

Because of the failing light and the two-hour drive home, Eric did not operate on 20m or 30m.

In all, Eric made twenty-nine QSOs. All of Eric's QSOs were CW and were made at the 5-watt level. Miles did not operate but helped with navigation, set-up and tear-down, photography, and dog-handling. 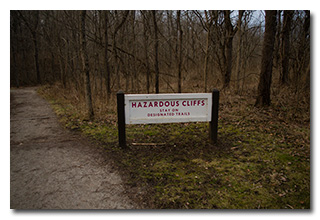 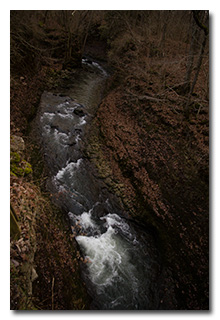 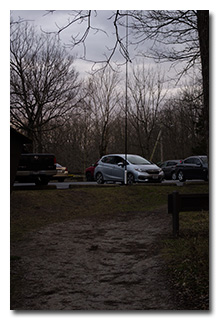 An Evening Walk on the Trail—photos by Miles McFadden: 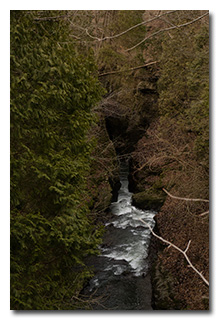 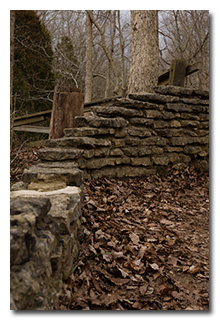 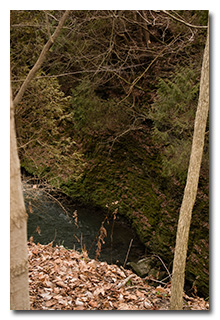 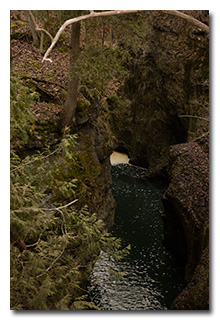 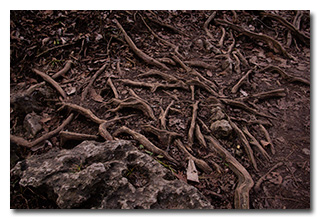 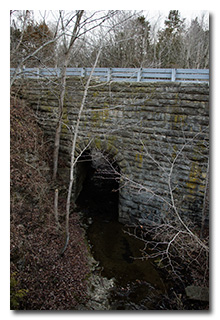 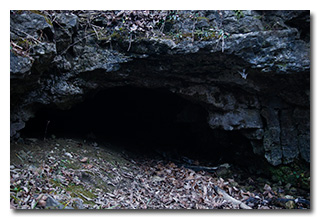 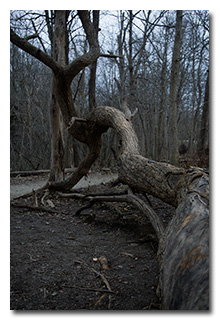