The 2,300-acre Ritchie Mines Wildlife Management Area (WMA) ranges across steep, wooded ridges north of McFarlan Creek, a tributary of the south fork of the Hughes River. The management area is so-named for the Ritchie Mines, at which rare natural asphalt was mined in the late 1800s and early 1900s. 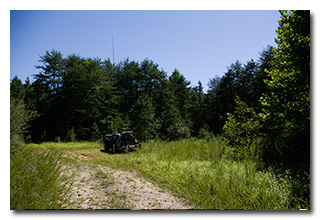 On a splendid day for outdoor radio, Eric McFadden, WD8RIF, performed the activation high atop a ridge, deep inside the WMA, at the junction of a long, rough, rutted gravel road and an un-named dirt road (map). The drive to this location required Eric to make three stream-crossings but the Honda Fit made the trip without issue. Eric was accompanied by his wife Vickie and their two dogs, Theo and Mindy.

Eric, Vickie, and the dogs arrived at the chosen location at about 1700 UTC to find a beautiful, flat, relatively clear area well-suited for outdoor radio. While the dogs explored, Eric deployed his 28½' wire vertical on his Jackite 31' telescoping fiberglass mast which he supported on a drive-on base at the left-rear corner of the car. Setting up his KX3 on his folding camp-chair in shade of the car's open hatch, Eric was on the air at 1724 UTC.

Eric was not all surprised to find he had no cell signal at this location. The lack of cell signal meant he couldn't self-spot himself on the POTA Spots website (link) or even send text updates to his friend K8RAT for his spotting assistance. Having anticipated this, Eric had announced his activation on the POTA website and was hopeful that the POTA algorithm would successfully auto-spot him based on received Reverse Beacon (RBN) spots. (Eric later learned that POTA did not initially spot him based on received RBN spots. Upon seeing Eric spotted on the RBN, but also seeing that POTA wasn't generating spots for Eric, K8RAT had to manually spot Eric to the POTA Spots website a first time, whereupon POTA Spots did thereafter correctly spot Eric as he changed frequencies.)

For this activation, Eric was trying a new Talentcell 12vdc 3000mAh LiPO battery (link) which was ultimately to be part of Eric's new K1 Travel Kit.

Eric began operations on 80m and his only QSO there came at 1728 UTC with his friend Mike, K8RAT, in north-central Ohio.

In all, Eric made twenty QSOs, which included one P2P QSO. All of Eric's QSOs were CW and were made at the 5-watt level.

The Talentcell LiPO battery under test acquitted itself well. Following the earlier hour-long activation at Hughes River WMA (K-7060) (link), the battery started the hour-long activation of Ritchie Mines WMA showing 10.8vdc on transmit. After an hour of the KX3 transmitting "CQ POTA" at five second intervals, or of Eric actually making QSOs, the battery was showing 10.2vdc on transmit as measured by the KX3, and the battery's state-of-charge indicator was showing four out of five state-of-charge LEDs. Clearly, the Talentcell LiPO battery is up to the task of powering a QRP transceiver through a succession of POTA activations. 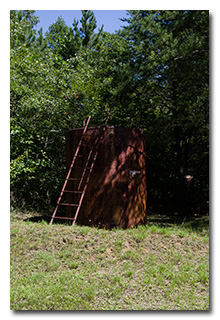 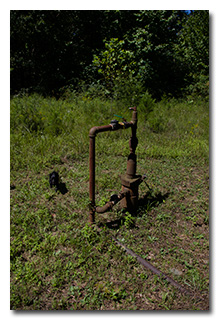 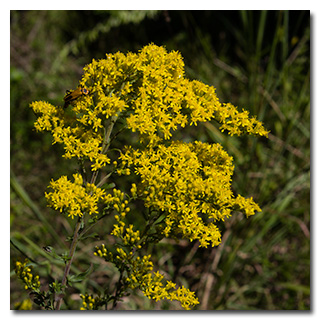 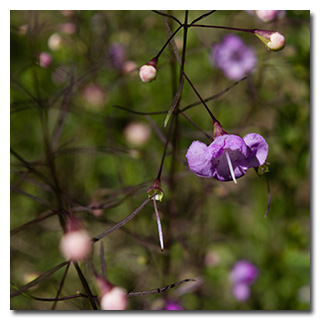 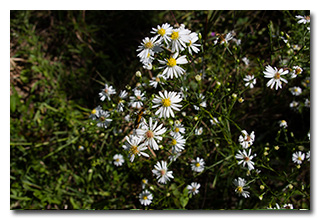 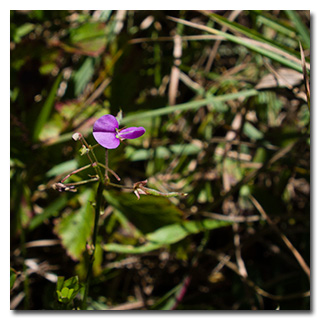