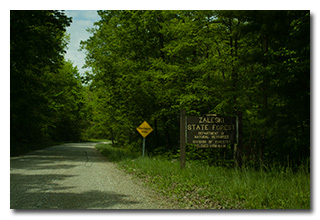 On Sunday, May 16, 2021, one member of the Southeast Ohio Radio Adventure Team performed a successful activation of Zaleski State Forest in Ohio as part of the Parks on the Air (POTA; link) program.

Following a quick activation of the nearby Waterloo Wildlife Area, K-8633 (link), Eric arrived at Lookout Rock in Zaleski State Forest a bit before 1500 UTC, parked in the pull-off, and quickly deployed his 28½' wire vertical on his Jackite 31' telescoping fiberglass mast and drive-on mount and set up his KX3 inside his car and was on the air at 1508 UTC. Because of the heavy presence of poison ivy, Eric compromised in the laying-out his his three 17' counterpoise wires, taking care not to lay any of them in the poison ivy. Because of the presence of mosquitoes and the possibility of heavy dust were another automobile to pass, Eric left the car windows closed during the operation. 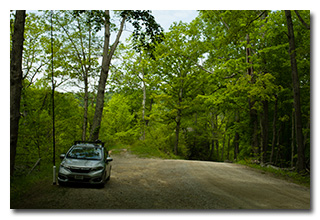 As at his previous visits to this location, Eric had good cell-phone signal and he was able to self-spot himself on POTA Spots to view spots on the website.

Finding himself a frequency on 40m, Eric made twelve QSOs in twenty minutes. This run included a QSO with his good friend K8RAT in central Ohio, with signal reports of "599" in both directions—signal reports much higher than would be expected on 40m given the relatively small distance between the stations.

Following the run on 40m, Eric again checked POTA Spots for P2P QSOs but found none.

In all, Eric made twelve QSOs in twenty minutes. All of Eric's QSOs were CW and were made at the 5-watt level. 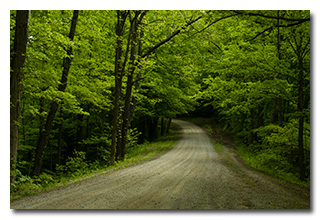 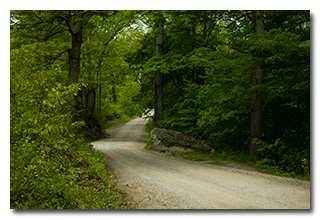 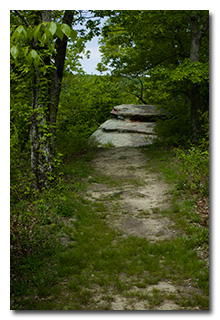