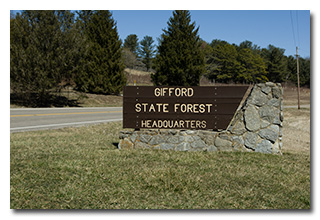 On Saturday, March 6, 2021, one member of the Southeast Ohio Radio Adventure Team performed a successful activation of Gifford State Forest in Ohio as part of the Parks on the Air (POTA; link) program.

Despite the day's miserable solar conditions and the terrible HF propagation, Eric McFadden, WD8RIF, decided to tempt fate and perform his second activation of Gifford State Forest. Eric and his little dog Theo arrived at the Indian Stone Trail / Vista Trail trailhead parking area at 1800 UTC. The weather being sunny and 44°F, Eric wasn't terribly surprised to find several vehicles parked at the trailhead but was pleased to see the hikers returning to their vehicles even as he began set-up of his station. Choosing to operate in his car, Eric deployed his 28½' wire antenna on his 31' Jackite telescoping fiberglass mast and drive-on base and mounted his KX3 on the car's dashmount. Eric was on the air at 1814 UTC. 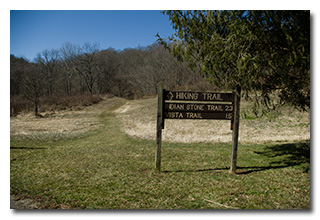 To add an additional challenge to the activation, Eric decided to attempt to perform his activation using only 30m, something he had not previously done.

Eric was surprised and disappointed to find he had absolutely no cell-signal at his operating location, not even enough signal to send or receive SMS texts. However, against such an eventuality, he had announced his planned activation on the POTA website and had asked his friends K8RAT and K4SWL to watch the Reverse Beacon Network (RBN) and place a spot on the POTA Spots website when he appeared on the RBN. Eric later learned that the POTA Spots algorithm had properly spotted him as soon as the RBN heard Eric's first calls of "CQ". 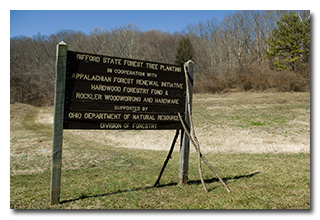 Eric had decided to attempt to perform a 30m-only activation and, as such, began operations on 30m. After about six minutes of calling "CQ POTA", Eric was rewarded with a call from WA8JNM in New Hampshire and a nice short ragchew followed.

Additional QSOs came steadily, if not quickly, and Eric logged his eleventh QSO after about forty minutes on the air, validating his activation. His run of QSOs included a POTA park-to-park (P2P) QSO with KD0VXN who was activating Nerstrand Big Woods State Park (K-2514) in Minnesota.

In all, Eric made eleven QSOs including one P2P QSO. All of Eric's QSOs were CW and were made at the 5-watt level. 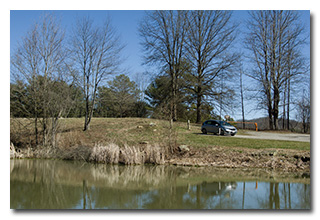 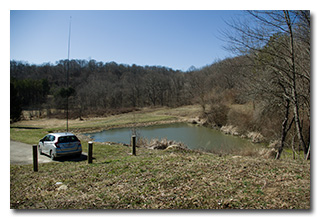