Decades of careful forest management and protection practices have transformed formerly low quality farmland into one of Ohio's most beautiful and productive forests. The 4,578-acre Blue Rock State Forest, located in Muskingum County, features a fire tower and 26 miles of bridle trails. 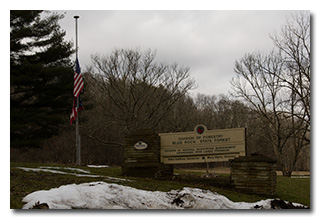 On Saturday, February 27, 2021, one member of the Southeast Ohio Radio Adventure Team performed a successful activation of Blue Rock State Forest in Ohio as part of the Parks on the Air (POTA; link) program.

As at his previous visit to Blue Rock State Forest, Eric McFadden, WD8RIF, performed his activation beneath the last remaining 100' fire tower in the state of Ohio, the 1937 Aermotor steel Blue Rock Fire Tower.

Eric arrived at the fire tower to find the parking area plowed of snow and dry but with significant snow remaining piled on the edges of the parking area, and with snow covering the grassy area beneath the fire tower and around the covered picnic area. Eric deployed his 28½' wire antenna on his 31' Jackite telescoping fiberglass mast and drive-on base. Eric chose to set up his KX3 inside the car and was on the air at 1741 UTC. 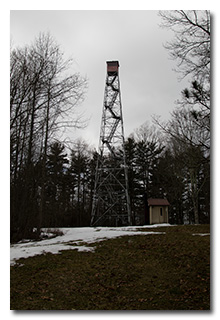 Eric was pleased to find he had excellent cell-signal at the operating location and was to self-spot himself on the POTA Spots website and to look for park-to-park (P2P) QSO possibilities.

Eric began operations by looking for P2P QSOs and almost immediately made a P2P QSO on 20m with N9MM who was activating Hill Country Natural State Conservation Area (K-3504) in Texas.

Switching to 80m, Eric had QSOs with his friend K8RAT and his father W8EOG, both in Ohio.

In all, Eric made eighteen QSOs including one P2P QSO. All of Eric's QSOs were CW and were made at the 5-watt level.

Eric also submitted his log to the World Wide Flora and Fauna in Amateur Radio (WWFF; link) program for KFF-4988. 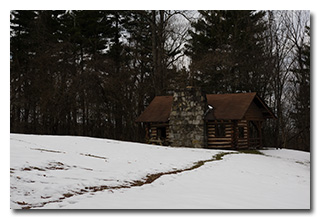 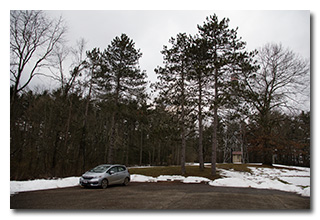