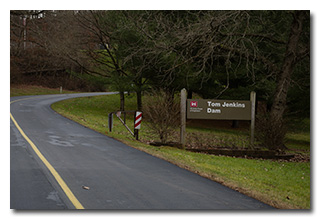 On Saturday, January 2, 2021, one member of the Southeast Ohio Radio Adventure Team performed a successful two-fer activation of Wayne National Forest and North Country National Scenic Trail as part of the Parks on the Air (POTA; link). Eric McFadden, WD8RIF, performed the activation at Tom Jenkins Dam on an unseasonably warm early January Day. Eric was accompanied by his little dog, Theo.

Eric and Theo arrived at Tom Jenkins dam at about 1650 UTC to find only one other vehicle in the parking area. Eric parked his car at the far end of the parking lot and, after walking Theo around for a bit, deployed his 28½' wire vertical on his Jackite 31' telescoping fiberglass mast which he supported on the drive-on mount. While the day was unseasonably warm, it was still cool enough that Eric chose to operate inside the car. Eric was on the air at 1717 UTC. 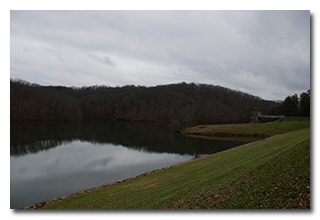 Eric began his operation by looking for P2P opportunities and at 1718 UTC he made a P2P QSO on 40m with KC5F who was activating Cowpens National Battlefield (K-0702) in South Carolina. This was followed by a P2P QSO at 1721 UTC on 30m with KE4Q who was activating Gasparilla Island State Park (K-1874) in Florida, a park Eric activated in November of 2018 (link).

Switching to 80m, Eric found a frequency, spotted himself, texted his friend K8RAT, and began calling "CQ POTA". At 1725 UTC, a QSO was made with K8RAT but no other other QSOs were made on 80m. Eventually, Eric realized that the spot he had placed on POTA Spots never appeared, so no POTA Hunters knew of Eric's frequency. He realized that he had listed both parks in the spot, something the software doesn't allow. Eric placed a proper spot but, perhaps due to poor band conditions, no additional QSOs were made on 80m. 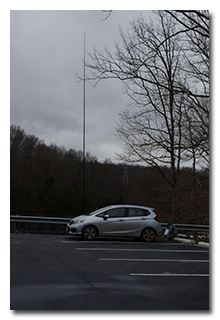 Switching to 40m, Eric's first QSO there came at 1738 UTC with N4NSG in South Carolina. QSOs came steadily, with Eric's ninth QSO in this run on 40m coming at 1748 UTC with N4SAX in Florida.

Eric again checked POTA Spots for possible P2P QSOs and at 1752 UTC a P2P QSO was made on 30m with N4UM who was activating Savannas Preserve State Park (K-3654) in Florida. Eric found his own frequency on 30m but only one additional QSO was made on that band, at 1758 UTC with W0YES in Minnesota.

Again checking POTA Spots, Eric made a P2P QSO on 60m at 1806 UTC with KU8T who was activating Little Turtle State Recreation Area (K-5681) in Indiana, and at 1809 UTC second P2P QSO was made with N4UM at Savannas Preserve State Park, this time on 40m.

In all, Eric made sixteen QSOs, which included five P2P QSOs. All of Eric's QSOs were CW and were made at the 5-watt level.