The Rokeby dam was constructed between 1837 and 1841. A plaque at the site commemorates the lock and dam system as a National Historic Civil Engineering Landmark. Imagine floating downriver during the summer of 1863 when Morgan’s Raiders, a group of Confederate soldiers, crossed the Muskingum River in this vicinity. This was the northernmost movement of Confederate troops in the Civil War. Civil War reenactments are celebrated annually in the area. 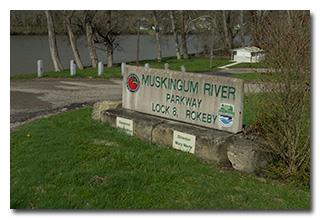 On Friday, April 8, 2022, one member of the Southeast Ohio Radio Adventure Team performed a successful activation of Muskingum River State Park in Ohio as part of the Parks on the Air (POTA; link) program.

Having decided that his goal within POTA for the next few months would be to earn the Oasis Repeat Offender Activator Award for Muskingum River State Park by visiting all ten of the river-navigation locks and dams that make up the state park, Eric McFadden, WD8RIF, returned to Rokeby Lock and Dam #8 on a cool, gray day that threatened rain, arriving at the lock at about 1415 UTC. Eric was accompanied by his little dog Theo.

This was to be Eric's fifteenth activation of Muskingum River State Park, with his previous activations having occurred at... 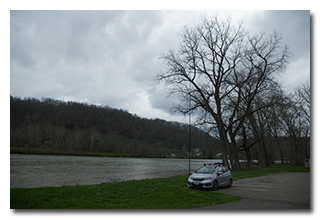 Finding the parking area empty upon his arrival, Eric parked the car, walked Theo, took photos, and deployed his 28½' wire vertical on a Jackite 31' telescoping fiberglass mast and drive-on mount and, because of the threat of rain, he set up his KX3 inside the car. Eric was on the air at 1433 UTC.

At his previous visit to Rokeby Lock and Dam #8, Eric had found he had poor cell-signal, so he was surprised this time to find he had good enough cell-signal to allow him to spot himself on POTA Spots (link) and to use POTA Spots to identify possible park-to-park (P2P) QSO opportunities. Because he hadn't expected to have cell-signal, Eric had previously announced his activation on POTA Spots and had arranged for his friends K8RAT and K4SWL to watch for him on the Reverse Beacon Network (RBN, link). 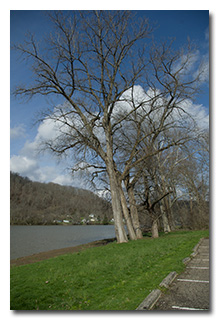 Following the run on 40m, the rain appeared to be moving in, so Eric chose to tear down his station before it arrived and drive to his next park.

In all, Eric made twenty-two QSOs in about twenty-five minutes. All of Eric's QSOs were CW and were made with five watts output. 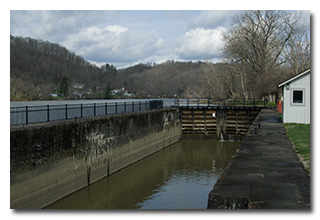 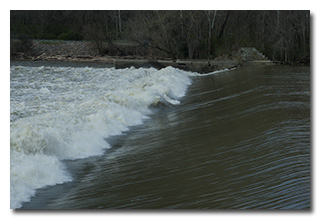 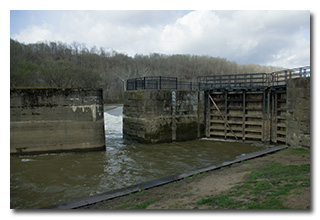