(Devola Lock #2) was constructed between 1837 and 1841. Major repairs were made to the lock system in 2005. This lock and dam site has many names, including Devol’s, after the Devol family, one of the first families to settle in this area of Muskingum Township. 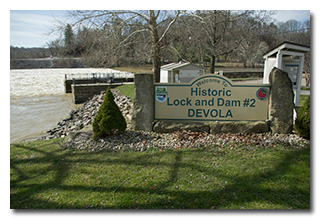 On Friday, March 11, 2022, one member of the Southeast Ohio Radio Adventure Team performed a successful activation of Muskingum River State Park in Ohio as part of the Parks on the Air (POTA; link) program.

Having decided that his goal within POTA for the next few months would be to earn the Oasis Repeat Offender Activator Award for Muskingum River State Park by visiting all ten of the river-navigation locks and dams that make up the state park, Eric McFadden, WD8RIF, re-visited Devola Lock and Dam #2 on a beautiful but windy late-winter day, arriving at the lock at about 1500 UTC. Eric was accompanied by his little dog, Theo.

This was to be Eric's eleventh activation of Muskingum River State Park, with his previous activations having occurred at... 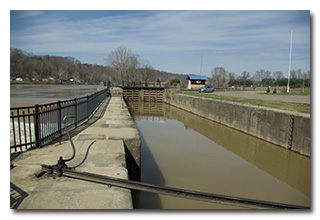 Arriving at Devola Lock and Dam #2, Eric parked his car, walked little dog Theo, and deployed his 28½' wire vertical on a Jackite 31' telescoping fiberglass mast and drive-on mount. Because of the wind, set up his KX3 inside the car but left the windows open so he could hear river roar over the dam. Eric was on the air at 1519 UTC.

Even though he had expected to have cell-signal at Devola Lock #2, Eric had previously announced his activation on POTA Spots (link) with hopes that POTA Spots would automatically spot him based on Reverse Beacon Network (RBN, link) spots. However, having good cell-signal, Eric was able to use POTA Spots to identify possible park-to-park (P2P) QSO opportunities and, if necessary, to spot himself. 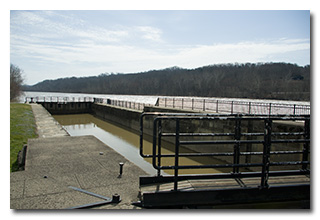 Switching to 30m, Eric found a frequency to run and began calling "CQ POTA". This time, the POTA Spots automatic spotting didn't work and Eric manually spotted himself. His first QSO on 30m came at 1541 UTC with WA4RCW in Tennesse. As on 40m, QSOs on 30m came quickly, with Eric's eighth QSO in the run coming at 1549 UTC with KE9IX in Missouri. This run included QSOs with operators in Tennessee, Connecticut, Wisconsin, New York, Virginia, Kansas, North Carolina, and Missouri. 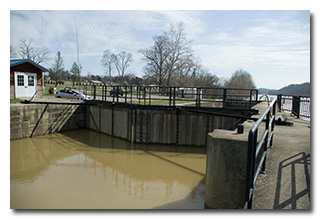 Switching to 20m, Eric found a frequency and began calling "CQ POTA" and was pleased with the POTA Spots automatic spotting algorithm quickly spotted him on his new frequency. Eric's first QSO on 20m came at 1552 UTC with N0RZ in Kansas. As on the previous bands, QSOs came quickly, with Eric's seventh QSO coming at 1559 UTC with ON4VT in Belgium. This 20m run included QSOs with operators in Kansas, Texas (3), Washington, New York, and Belgium.

Eric finished his activation by checking POTA Spots for P2P QSO opportunities and at 1606 UTC he made a P2P QSO on 40m with KC5F who was performing a two-fer activation of Dupont State Game Land (K-6902) and DuPont State Recreational Forest (K-4854) in North Carolina.

In all, Eric made thirty-five QSOs, including one two-fer P2P QSO. All of Eric's QSOs were CW and were made with five watts output. 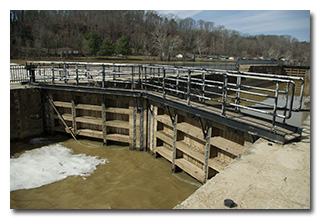 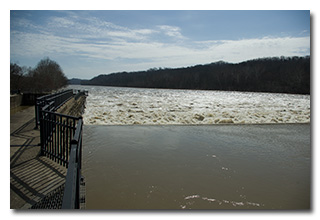 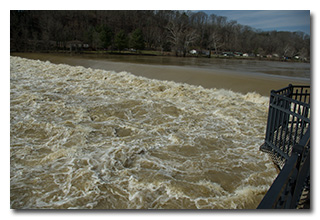