The Lowell Dam and Lock were constructed between 1837 and 1841. Its bypass canal runs parallel to State Route 60 before connecting to the single-chamber lock, forming Buell’s Island. Buell’s Island is the largest of the river islands and was named for Perez Barnum Buell, a land developer in the area around 1838. A large recreation park with ball fields is managed by the Village of Lowell. Eleven historic buildings are found on the island, including the restored Strait Run School, built in 1860 and moved to the island in 1994. 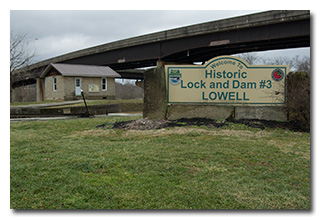 On Friday, February 25, 2022, one member of the Southeast Ohio Radio Adventure Team performed a successful activation of Muskingum River State Park in Ohio as part of the Parks on the Air (POTA; link) program.

Having decided that his goal within POTA for the next few months would be to earn the Oasis Repeat Offender Activator Award for Muskingum River State Park by visiting all ten of the river-navigation locks and dams that make up the state park, Eric McFadden, WD8RIF, visited Lowell Lock and Dam #3 on a cold, windy, gray, and muddy day, arriving at the lock at about 1610 UTC. Eric was accompanied by the little dogs Theo and Mindy.

This was to be Eric's eighth activation of Muskingum River State Park, with his previous activations having occurred at... 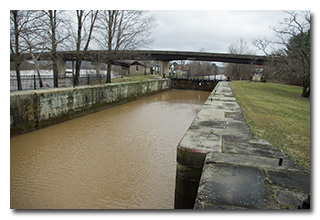 Finding a place for his car in the tiny and muddy parking area, Eric parked his car and, while the little dogs explored and got muddy, he set up his 28½' wire vertical on a Jackite 31' telescoping fiberglass mast and drive-on mount, and set up his KX3 inside the car. Eric was on the air at 1628 UTC.

As he had hoped he would, Eric found he had good cell-signal at Lowell Lock and Dam #3 and he was able to spot himself on POTA Spots (link) and to use POTA Spots to identify possible park-to-park (P2P) QSO opportunities.

Eric began his operation by consulting POTA Spots to identify possible P2P QSO opportunities and at 1630 UTC he completed a P2P QSO on 40m with KC5F who was activating Brasstown Creek Wildlife Management Area (K-9225) in South Carolina. 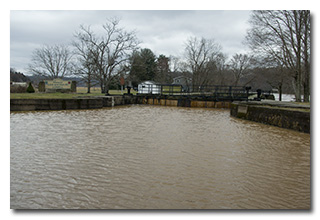 Finding a frequency to run on 40m, Eric spotted himself on POTA Spots and began calling "CQ POTA". His first QSO in this run came almost immediately at 1633 UTC with N4EX in North Carolina. QSOs came quickly, with Eric's twenty-third QSO in this run coming at 1655 UTC with WB4WTN in Georgia. This run included a QSO with Eric's good friend K4SWL in western North Carolina and QSOs with operators in South Carolina (2), North Carolina (5), Ohio (4), Georgia (2), New Jersey (2), Ontario, Kentucky, West Virginia, Michigan, Tennessee (4), and Wisconsin.

Switching to 20m, Eric found himself a frequency to run, and began calling "CQ POTA". He was pleased to see that POTA Spots automatically updated his spot to reflect his 20m frequency and his first QSO on 20m came at 1659 UTC with CU3HY in the Azores. QSOs came very quickly, with his thirty-third QSO on 20m coming at 1732 UTC with AB7RW in Washington. This run included QSOs with operators in the countries of the Azores (2), Spain, Finland, Italy (4), Belgium, France (2), Germany, and the Dominican Republic; with operators in British Columbia and New Brunswick, Canada; and with operators in South Dakota, Texas (3), Alabama, Kansas, Arizona, Minnesota, Florida, California (4), Louisiana (2), Utah, Oregon, and Washington. 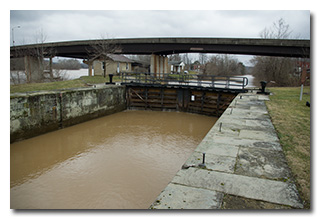 Eric finished his operation by again looking at POTA Spots for possible P2P QSOs and at 1741 UTC he made a P2P QSO on 20m with K4NYM who was activating Crooked Lake Wildlife Area (K-6298) in Florida.

Eric was amazed at how many QSOs he made in only seventy-five minutes. He was more amazed that he had made thirty-three QSOs on 20m in just thirty-six minutes; this is a much faster QSO-rate than he usually sees on 20m.

In all, Eric made fifty-eight QSOs, including two P2P QSOs. All of Eric's QSOs were CW and were made with five watts output. 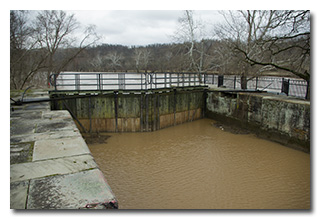 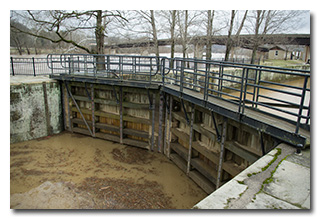