The locks help boats safely bypass ten dams on the Muskingum River from Zanesville south to the Ohio River at Marietta. These locks are operated at no charge for recreational boats. Ten of the eleven locks still function—the northernmost lock, Ellis #11, is no longer in operation but offers a campground. The remaining locks have a variety of amenities and many communities along the Muskingum River offer recreational and sight-seeing opportunities for boaters and non-boaters alike. Visitors may enjoy watching the river from the park's picnic shelter south of Lock #7 on State Route 376.

The Rokeby dam was constructed between 1837 and 1841. A plaque at the site commemorates the lock and dam system as a National Historic Civil Engineering Landmark. Imagine floating downriver during the summer of 1863 when Morgan’s Raiders, a group of Confederate soldiers, crossed the Muskingum River in this vicinity. This was the northernmost movement of Confederate troops in the Civil War. Civil War reenactments are celebrated annually in the area. 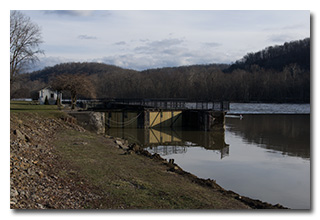 On Saturday, February 27, 2021, one member of the Southeast Ohio Radio Adventure Team performed a successful activation of Muskingum River State Park in Ohio as part of the Parks on the Air (POTA; link) program.

Eric McFadden, WD8RIF, arrived at Rokeby Lock #8 to find the lock closed-for-business and the parking area unoccupied. After exploring the lock and taking photos, Eric deployed his 28½' wire antenna on his 31' Jackite telescoping fiberglass mast and drive-on base and set up his KX3 inside the car. Eric was on the air at 2046 UTC. 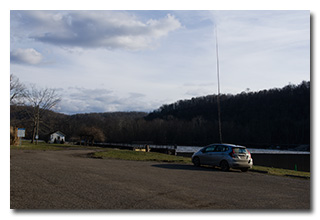 Eric was surprised and disappointed to find very poor cell-signal in the little town of Rokeby Dam. He had just enough signal to send and receive SMS text messages if he held his smartphone outside the car. He couldn't self-spot himself on the POTA Spots website or look for park-to-park (P2P) QSO possibilities but he could text his friends K8RAT and K4SWL to ask for spotting-support.

Beginning operations on 80m while enjoying the roar of the water flowing over the dam, Eric had QSOs with his friend K8RAT in Ohio, NT2A in New York, and his father W8EOG in Ohio.

In all, Eric made thirteen QSOs including one P2P QSO. All of Eric's QSOs were CW and were made at the 5-watt level. 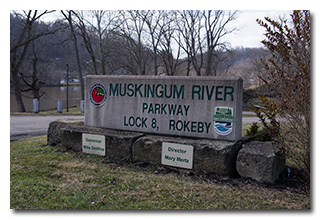 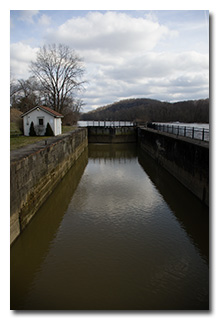 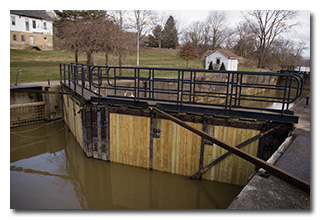 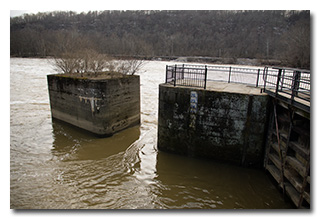 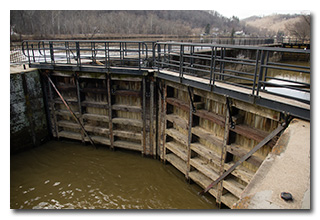 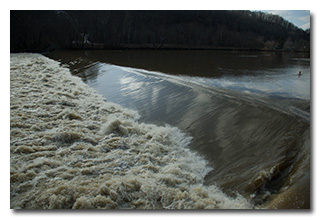