Shoreline hiking, flat-water boating, swimming, fishing and camping opportunities are abundant around the man-made lake. The access to Brookville Reservoir provides many opportunities for seeing migrating flocks of birds.

Whitewater Memorial State Park boasts 9 miles of horseback riding trails with access both for day users and from the horsemen’s campground.

The land for the park was originally purchased by the surrounding counties of Union, Fayette, Franklin and Wayne as a memorial to the men and women who served in World War II. It became the 16th park in the Indiana State Park system in 1949. 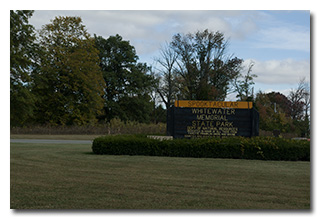 On the way from from Indianapolis following Eric's participation in a single-day seminar in Salesforce Tower (link) the previous day, he and Miles pointed the car to Whitewater Memorial State Park, arriving at the Silver Creek Boat Ramp about 1630 UTC. Because of the cold temperature and gusty winds, Eric decided to operate inside the car, and he and Miles deployed the 28½' wire vertical on a Jackite 31' telescoping fiberglass mast supported on a drive-on base. Setting up his KX3 inside the car, Eric was on the air at 1646 UTC.

Eric was somewhat surprised to find he had very good cell-signal at this location, and he was able to use POTA Spots (link) to identify possible Park-to-Park (P2P) QSOs and, if necessary, to spot himself.

Eric began operations by looking at POTA Spots for P2P QSO opportunities and at 1648 UTC he completed a P2P QSO on 20m with W2NR who was activating Hot Springs National Park (K-0038) in Arkansas. 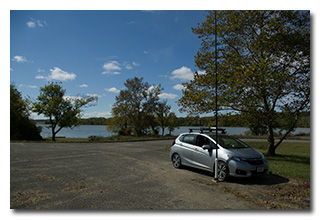 Finding himself his own frequency to run on 20m, Eric began to call CQ. After only a few calls, Eric was pleased to see that he had been automatically spotted on POTA Spots. Eric's first QSO in this run came at 1652 UTC with VE1PVH in Nova Scotia. QSOs came quickly, with Eric's tenth QSO in the run coming at 1700 UTC with N4SD in Virginia. This run included QSOs with operators located in Nova Scotia, Idaho, Colorado (3), Wisconsin, New York, Florida, California, and Virginia

Staying on 30m, Eric found himself a frequency to run and began calling CQ. As before, he was quickly auto-spotted on POTA Spots. Eric's first QSO in this run came at 1709 UTC with WA4RCW in Tennessee. At this point, Eric was forced to pause in order to take a phone call from a contractor working on a project at Eric's house. After the completion of the call, Eric's second QSO in the run came at 1716 UTC with K0HX in Missouri. Thereafter, QSOs came quickly, with Eric's fourteenth QSO in the run coming at 1730 UTC with WB3GCK in Pennsylvania. This run included QSOs with operators located in Tennessee (3), Missouri (2), Ohio (4), Maryland, Quebec, Massachusetts, Minnesota, and Pennsylvania. Also during this run, Eric and Miles were surprised and delighted by the sight and glorious sound of B-17G Yankee Lady flying overhead. 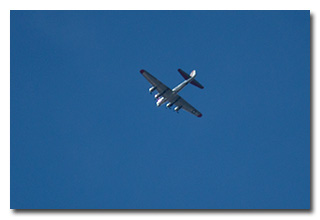 
Switching to 40m, Eric found himself a frequency to run and began calling CQ. As before, he was quickly auto-spotted on POTA Spots. His first QSO in this run came at 1733 UTC with his good friend K8RAT in Ohio. QSOs came steadily on 40m, with Eric's fourth QSO in the run coming at 1739 UTC with W8EWH in Michigan.

Eric finished his activation with one last look at POTA Spots for P2P QSO opportunities and at 1742 UTC he completed a P2P QSO on 40m with WG8X who was activating Clear Creek State Park (K-1341) in Pennsylvania.

In all, Eric logged thirty-one QSOs, including three P2P QSOs. All of Eric's QSOs were CW and were made with 5w output. 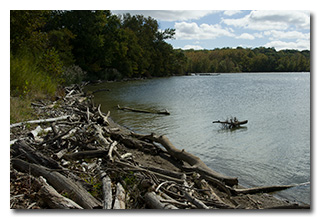 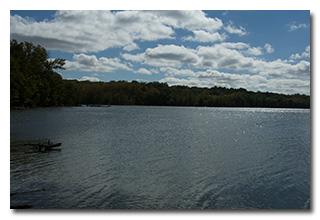 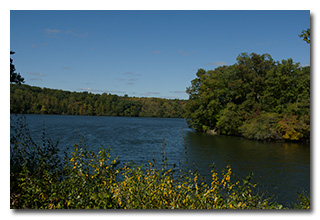 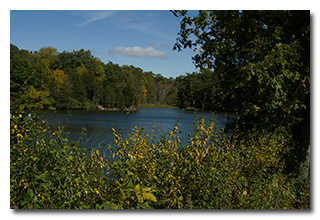 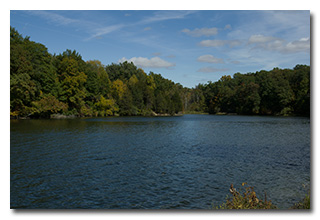 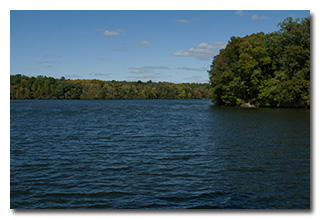 
Miles did not operate but helped with set-up and tear-down, and he did much of the activation photography.