Mounds State Park, located off I-69 east of Anderson, features 10 unique earthworks built by prehistoric Indians known as the Adena-Hopewell people. The largest earthwork, the Great Mound, is believed to have been constructed around 160 B.C. Archaeological surveys indicate the mounds were used as gathering places for religious ceremonies, from where astronomical alignments could be viewed.

Be sure to visit our Nature Center, which includes a wildlife viewing room, animal displays, interactive games and more. Hours are 9 am to 4 pm daily. Naturalist-led hikes and interpretive programs are offered every weekend throughout the year. 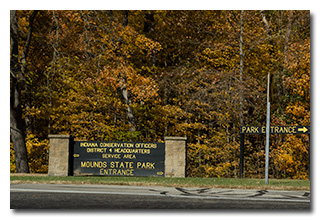 On the afternoon of Sunday, October 23, 2022, two members of the Southeast Ohio Radio Adventure Team performed a successful activation of Mounds State Park (K-2261) in Indiana as part of the Parks on the Air (POTA; link) program. Eric McFadden, WD8RIF, and Miles McFadden, KD8KNC, performed the activation surrounded by glorious Fall color, and were joined by Eric's wife and Miles's mother Vickie, and the two dogs Ginny and Theo.

This was the second of three planned activations in Indiana and Ohio over a two day period during which Eric, his wife Vickie, and his son Miles were in Indianapolis to experience a flight in a Ford Tri-Motor out of Indianapolis Metropolitan Airport (KUMP). The first activation, on the afternoon of the 22nd, had been an activation of Chinook Fish and Wildlife Area, K-4190 (link).

After checking out of their hotel near Indianapolis, the trio plus dogs arrived at Mounds State Park around 1530 UTC. After using the facility and exploring the park, Eric selected a picnic table under a well placed, bare (dead?) tree for his activation. With Theo sunbathing on his leash among fallen leaves, and with Vickie walking Ginny, and despite the gusty wind, Eric and Miles deployed the 28½' wire vertical on the Jackite 31' telescoping fiberglass mast which Eric then leaned into the bare (dead?) tree. Eric then set up his new-to-him Yaesu FT-817ND, along with his LDG Z11 ATU, LDG 4:1 unun, CMOS Super Keyer II, and American Morse Equipment "Mini-B" single-lever CW paddle, on the picnic table for his first-ever activation with the FT-817ND. Eric was on the air at 1601 UTC. 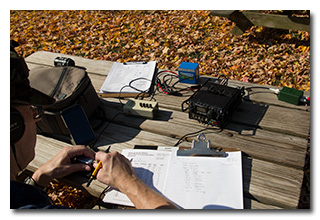 Eric began operations on 20m by finding himself a clear frequency and beginning to call CQ and was pleased to be quickly auto-spotted on POTA. Eric's first QSO came at 1606 UTC with NN0TE in Minnesota. QSOs came quickly, with his twelfth QSO coming at 1619 UTC with K5UNY in Texas. This run included QSOs with operators located in Minnesota, Texas (4), Pennsylvania (2), Washington, Colorado (2), Arkansas, and California. 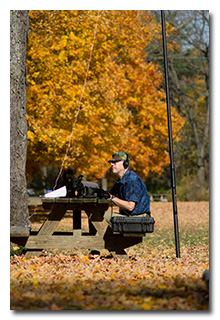 Switching to 40m, Eric found a frequency to run and began calling CQ. Eric's first QSO in this run came at 1622 UTC with his good friend K4SWL in North Carolina. QSO came quickly, with Eric's ninth QSO in this run coming at 1632 UTC with K3ES in Pennsylvania. During this run, a wind gust knocked the mast out of the tree—and knocked Eric off the air until he and Miles restored the mast and reconnected the wire vertical to the rig. This run included QSOs with stations located in North Carolina (2), Ohio (3), Michigan (2), South Dakota, and Pennsylvania.

Eric finished his operation by checking POTA Spots for P2P QSO opportunities and at 1632 UTC he completed an ESP-level P2P QSO on 20m with W6KSR who was activating Dockweiler State Beach (K-3425) in California. 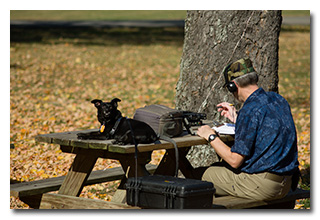 In all, Eric logged twenty-two QSOs. All of Eric's QSOs were CW and were made with 5w output. 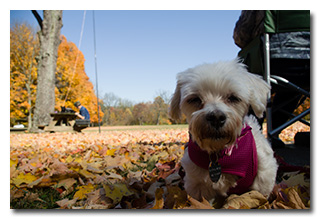