At Fort Harrison, landscape and history blend together at this unique setting on the northeast side of Indianapolis. The 1,700-acre park features walking and jogging trails, picnic sites, fishing access to Fall Creek, and two national historic districts. The former Citizen's Military Training Camp is preserved around the park office in what was once known as Camp Glenn. 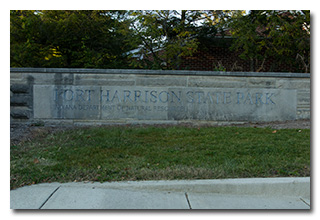 On the evening of Thursday, October 6, 2022, two members of the Southeast Ohio Radio Adventure Team performed a successful activation of Fort Harrison State Park (K-2256) near Indianapolis as part of the Parks on the Air (POTA; link) program. Eric McFadden, WD8RIF, and Miles McFadden, KD8KNC, performed the activation of Fort Harrison State Park on a picnic table in the Delaware Lake Picnic Area.

After Eric's participation in an all-day seminar in Salesforce Tower (link) had ended, he and Miles drove the fourteen miles from downtown Indianapolis to Fort Harrison State Park—a drive that took forty-nine minutes because of going-home-from-work traffic—arriving at the Delaware Lake Picnic Area at about 2215 UTC. After investigating the available picnic tables, Eric chose a picnic table well-positioned under a tree and, because the temperature was dropping, had direct sun for some solar-thermal heat. He and Miles deployed the 28½' wire vertical on a Jackite 31' telescoping fiberglass mast which was then leaned into the tree standing over the chosen picnic table. Setting up his KX3 on the picnic table, Eric was on the air at 2232 UTC. 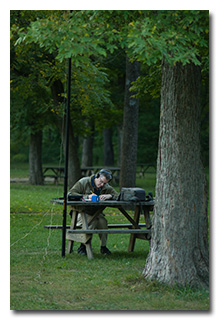 Finding a frequency to run on 40m, Eric began calling CQ and again was quickly auto-spotted on POTA Spots. Eric's first QSO in this run came at 2301 UTC with Eric's friend K8RAT in Ohio. As had been the case on 20m, QSOs came quickly, and Eric's eleventh QSO on 40m coming at 2313 UTC with KD8IE in Ohio. This run included QSOs with stations located in Ohio (4), Georgia, Indiana, Virginia, North Carolina, Pennsylvania, Puerto Rico, and New Jersey.

In all, Eric logged thirty-seven QSOs. All of Eric's QSOs were CW and were made with 5w output.

Miles did not operate but helped with set-up and tear-down, and he did all of the activation photography. 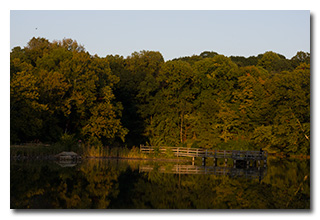 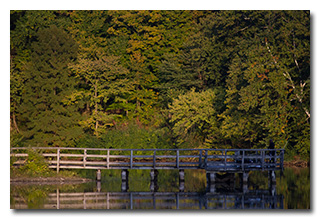