The rugged hills of southeastern Ohio provide the setting for Wolf Run State Park located in Noble County. 1,046 acres of scenic woodlands and cool, clean waters of the park offer visitors a quiet retreat in this remote area of the state. 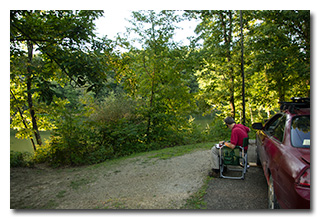 On Saturday, August 24, 2019, two members of the Southeast Ohio Radio Adventure Team performed a successful activation of Wolf Run State Park in Noble County, Ohio as part of the Parks on the Air (POTA; link) program while simultaneously participating as a rover in the Ohio QSO Party. For Eric McFadden, WD8RIF, and Miles McFadden, KD8KNC, Wolf Run State Forest was the fourth activation of four following a visit to Newark-Heath Airport (VTA) to see and tour B-25J Champaign Gal and C-47D Hairless Joe.

After successful activations at Blue Rock State Forest (link), Blue Rock State Park (link), and Jessie Owens State Park (link), Eric and Miles arrived at Wolf Run State Park at about 2300 UTC and selected an available campsite overlooking Wolf Run Lake. Eric had thought he might need to wait until 0000 UTC to start operations in order to ensure he could validate the activation within one UTC day but his quick success at Jessie Owens State Park suggested he would be able to make ten QSOs in the remaining portion of the day. Eric and Miles quickly deployed the 28½' wire vertical supported on the 31' Jackite fiberglass telescoping mast which was held upright by a drive-on base and set up KX3 on a folding camp-chair adjacent to the car. Eric was on the air by 2316 UTC.

Eric started operations on 80m and his first QSO there came at 2317 UTC with his good friend and fellow SEORAT-member K8RAT, Mike. Eric made only calls of "CQ OHQP" and quickly made thirteen QSOs, with his final QSO coming at 2330 UTC with KM6HB. Of all these QSOs, only two callsigns were familiar to Eric as being that of POTA Hunters: K8RAT and VE3LDT.

Switching to 40m in the hopes of working POTA Hunters, Eric began making calls of "CQ POTA" but after no responses and after being chased off frequency twice by OHQP activity, Eric shut down after just a few minutes. 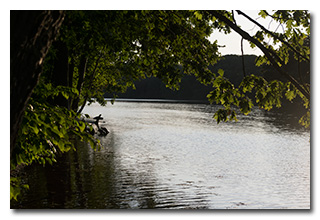 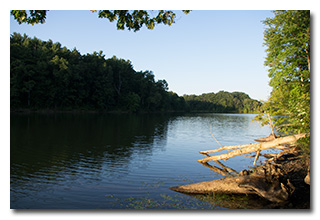 In the rapidly fading light, Eric and Miles quickly tore down the station and prepared for the eighty-five mile drive home.

Miles didn't operate but helped with set-up and tear-down, did much of the RATpedition photography, and helped with navigation.