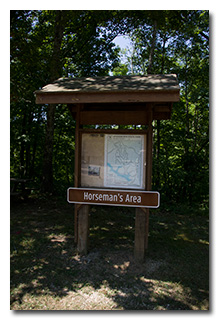 Eric arrived at the Strouds Run State Park Horseman's Area at about 1330 UTC to find devoid of horses or horse-trailers. Eric set up in usual spot on the edge of the gravel parking area, deploying his 28½' wire vertical on his Jackite 31' telescoping fiberglass mast which he supported on his drive-on mount. To help ensure proper social distancing during the continuing coronavirus pandemic, Eric set up his KX3 inside his car, and was on the air by 1344 UTC.

Starting on 40m, Eric's first QSO came at 1348 UTC with VA3TTB in Ontario. QSOs came at a blistering pace, with Eric's forty-fifth QSO coming at 1454 UTC with KK8A in Ohio. This run of QSOs included a park-to-park (P2P) QSO with K0BWR who was activating Milford State Park (K-2345) in Kansas and a P2P QSO with K5KHK who was activating Hamilton Beach State Park (K-2068) in New York. Eric switched to 20m at 1455 UTC. 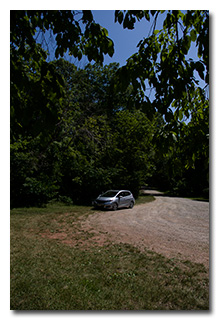 Eric diverted back to 40m to make P2P QSO at 1511 UTC with W4JL who was activating Buffalo Cove State Game Land (K-6886) in North Carolina.

Eric's first QSO on 30m came at 1521 UTC with KU4R in Tennessee. QSOs came quickly, with Eric's tenth QSO on 30m coming at 1536 UTC with K4KBL in Georgia. This run of QSOs included a P2P QSO with K4YTZ who was activating Poinsett State Park (K-2910) in South Carolina.

Needing to return home for lunch before venturing farther afield for his next set of activations of the day, Eric shut down at 1538 UTC, tore down his station, and went home for a quick lunch.

In all, Eric made a remarkable sixty-four QSOs including five P2P QSOs. All of Eric's QSOs were CW and were made at the 5-watt level.