(The) 587-acre Pike Lake State Park is located in the midst of the scenic wooded hills of southern Ohio. The small 13-acre lake is surrounding by state forest lands contributing to the park's rustic charm. 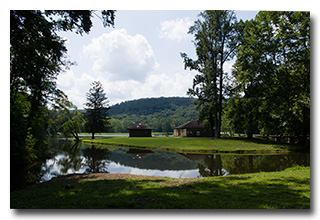 On Sunday, August 18, 2019, one member of the Southeast Ohio Radio Adventure Team performed a successful activation of Pike Lake State Park in Ohio as part of the Parks on the Air (POTA; link) program while simultaneously participating in the New Jersey QRP Club's "Skeeter Hunt" QRP field event. Eric McFadden, WD8RIF, was accompanied to the Pike Lake State Park by his wife Vickie, KC8MAJ, and their two dogs, Theo and Mindy.

Eric, Vickie, and the dogs arrived at Pike Lake State Park picnic area near Beach Island at about 16300 UTC and spent a few minutes identifying the best location to set up Eric's station while not interfering with a family reunion happening at the picnic area. Because of the high temperature and humidity, Eric wanted to set up in a shaded area and finally selected a shady area near the stream feeding Pike Lake. Eric deployed his 28½' wire vertical on a 33' MFJ-1910 telescoping fiberglass mast and set up his KX3 on a folding camp-chair. In order to earn a 100-point bonus in Skeeter Hunt, Eric displayed the Skeeter Hunt banner on his mast. Eric was on the air at 1651 UTC. Unfortunately, the sun moved quickly enough that Eric's shade quickly went away, leaving Eric to perform most of his operation in direct sun. 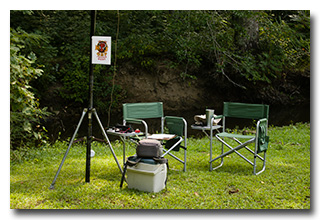 In order to give his good friend and fellow SEORAT-member K8RAT, Mike, a QSO, Eric started operations on 80m and a QSO with Mike was made at 1700 UTC.

Switching to 40m, Eric began making alternate calls of "CQ POTA" and "CQ BZZ", the latter being the call for the Skeeter Hunt field event. Eric's first QSO on 40m Came at 1705 UTC with AD4S. QSOs came very quickly on 40m with Eric's fourteenth QSO there coming in less than twenty minutes at 1724 UTC with WA9LEY.

Returning to 40m to look for other Skeeter Hunt participants, Eric made his 18th and final QSO at 1746 with WA4AAK.

After finishing his operation and before tear-down, Eric walked Theo-dog onto Beach Island to explore and take photos. On Beach Island, Theo met three Chihuahuas, a mother and two of her children.

In all, Eric made eighteen QSOs in about fifty minutes on three bands. Five of the QSOs were complete for Skeeter Hunt, and the remaining thirteen QSOs were with POTA Hunters, many of the callsigns being familiar to Eric from previous POTA activations.

Vickie didn't operate but did help with the RATpedition navigation and managed the dogs during the operation. 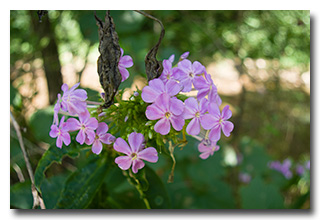 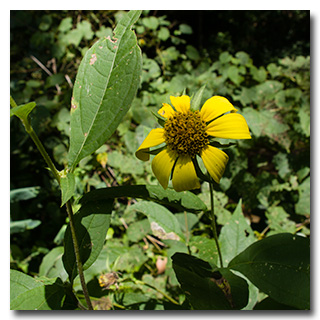