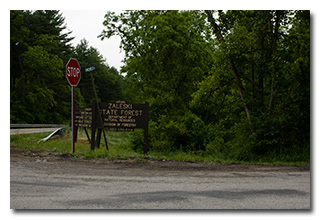 Eric had intended to perform his two-fer activation in the parking lot of Lake Hope State Park's Laurel Lodge and went there first. He was pleased to find good cell-signal there but, after setting up his station, was extremely displeased to find S9 noise on the 40m band. Being unwilling to perform an activation while fighting S9 noise when he knew there were RF-quiet areas nearby, Eric quickly tore down his station and began to drive to Grouse Point Trailhead, where he knew he would find both good cell-signal and a low RF noise-floor. However, enroute to Grouse Point, he stopped first at Keeton Cemetery, which also had good cell-signal. Deciding to give Keeton Cemetery a chance, Eric quickly set up his 28½' wire vertical on his Jackite 31' telescoping fiberglass mast and drive-on mount and, because of the cool temperature and threat of rain, set up his KX3 inside his car. Upon powering up the KX3, Eric was gratified to find a low RF noise-floor. Eric was on the air at 1457 UTC. 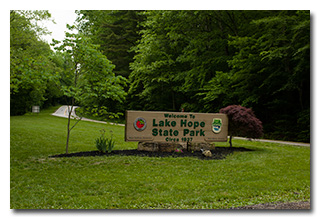 Eric began operations by checking POTA Spots for possible park-to-park (P2P) QSOs and at 1501 UTC he made a P2P QSO on 40m with KU8T who was activating Kil-So-Quah State Recreation Area (K-5683) in Indiana. This was followd at 1505 UTC by a P2P QSO on 20m with K0BWR who was activating Harry S. Truman National Historic Site (K-0831) in Missouri.

After finding himself a frequency on 40m, Eric made nineteen QSOs in twenty-five minutes. This run included a second P2P QSO with K0BWR who was still activating Harry S. Truman National Historic Site (K-0831) in Missouri.

Switching to 30m, Eric made a final six QSOs in ten minutes.

In all, Eric made twenty-seven QSOs, including three P2P QSOs, in about forty-three minutes. All of Eric's QSOs were CW and were made at the 5-watt level. 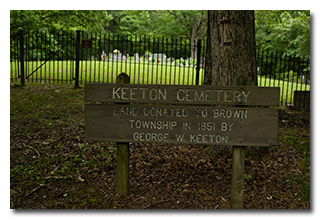 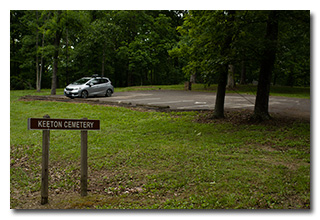