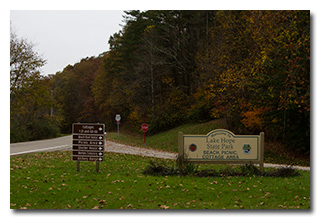 On Saturday, October 24, 2020, one member of the Southeast Ohio Radio Adventure Team performed a successful activation of Lake Hope State Park in Ohio as part of the Parks on the Air (POTA; link) program.

On a crisp but overcast Fall day, Eric McFadden, WD8RIF, performed the activation of Lake Hope State Park at the park's Grouse Point Trailhead parking area. Eric was accompanied by his wife Vickie, his daughter Kate, and their dogs Theo, Mindy, and Bo.

The crew arrived at the Grouse Point Trailhead at Lake Hope State Park at about 1545 UTC. After finding a suitable place to park away from the other vehicles at the trailhead parking area, Eric deployed his 28½' wire antenna on his 31' Jackite telescoping fiberglass mast and drive-on base. Because of the cool temperature, Eric set up his KX3 inside the car and was on the air by 1601 UTC. 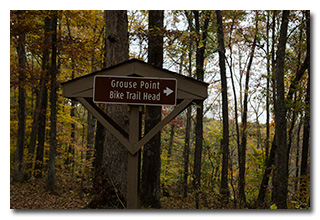 Checking for cell-signal, Eric was initially pleased he had sufficient signal to enable texting but was disappointed to find he couldn't access the POTA Spots website. Against such an eventuality, Eric had arranged to text his frequency-changes to his good friend K8RAT to post to POTA Spots. However, later in his activation, Eric discovered the POTA Spots website was, in fact, working, so he was able to look for park-to-park (P2P) QSO opportunities.

Eric began operations on 80m and his first QSO came at 1604 UTC with his buddy K8RAT in Ohio. Eric's second and final QSO on 80m came at 1609 UTC with N3XLS in Pennsylvania. 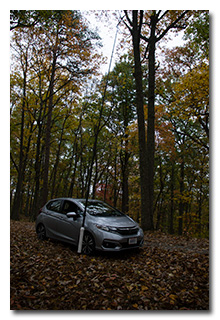 Switching to 40m, Eric's first QSO there came at 1615 UTC with W3BBO in Pennsylvania. QSOs came very quickly, with Eric's twenty-second QSO on 40m coming at 1645 UTC with K4CAE in South Carolina. Taking a break to hunt for P2P QSOs, Eric made a P2P QSO at 1645 UTC with his friend K4SWL who was performing an activation of Toxaway Game Land (K-6960) in North Carolina. Returning to his original frequency on 40m, Eric made a final QSO on 40m at 1648 UTC with N2ESE in New Jersey.

Switching to 30m, Eric's first QSO there came at 1658 UTC with ND9M who performing an activation of Florida Caverns State Park (K-1867) in Florida. QSOs came quickly, with Eric's fifth QSO on 30m, a second P2P QSO with K4SWL who was still at Toxaway Game Land (K-6960) in North Carolina, coming at 1708 UTC.

In all, Eric made thirty-one QSOs, which included three P2P QSOs. All of Eric's QSOs were CW and were made at the 5-watt level. 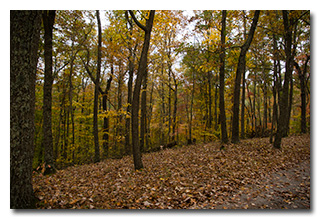 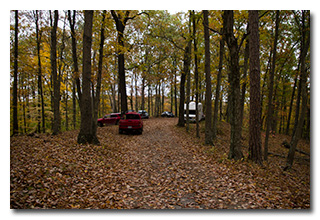 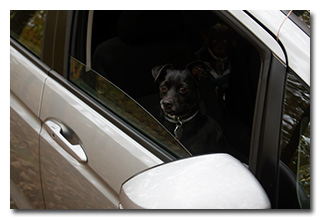