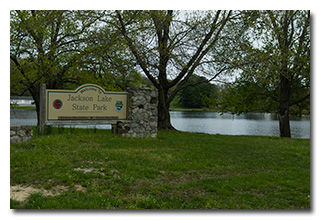 Eric and the dogs arrived at the entrance to the swim-beach and picnic area, Eric's planned operating location, only to find it gated shut. Exploring a bit further, Eric found the entrance to the campground to be similarly closed for what looked like a re-paving project. Driving back along the lakeside toward Ohio Route 279, Eric found a nice, unoccupied fishing area which looked perfect for his activation. Parking his car away for the three overhanging the small parking area, Eric quickly deployed his 28½' wire antenna on his 31' Jackite telescoping fiberglass mast and drive-on base and, because of the slight chill and the breeze, decided to set up his KX3 inside the car. Eric was on the air at 1900 UTC. 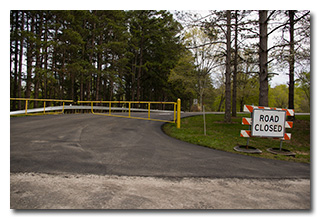 Eric was pleased to find he had excellent cell-signal at this location and he was able to use the POTA Spots website (link) to spot himself and to look for possible park-to-park (P2P) QSOs.

Eric began operations by looking on POTA Spots for possible P2P QSOs and almost immediately made a P2P QSO on 40m with WA3TMR who was activating Clemmons Educational State Forest (K-4853) in North Carolina.

Moving to 80m, Eric spotted himself on POTA Spots and was rewarded with a QSO with his friend K8RAT in central Ohio.

Eric switched to 40m and spotted himself to POTA Spots, and it was quickly apparent that propagation had gotten worse since his earlier activation of Cooper Hollow Wildlife Area (link). Eric called "CQ POTA" for many minutes before his first he got his first response. Thereafter, QSOs on 40m came steadily enough, and Eric made five QSOs in about four minutes. 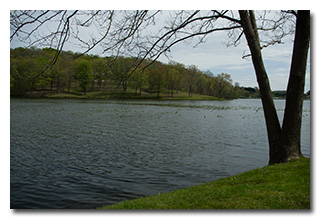 Eric paused during a lull in his run on 40m to consult POTA Spots and switched to 20m to make a two-fer P2P QSO with K4NYM who was activating Fort Foster State Historic Site (K-3621) and Hillsborough River State Park (K-1878) in Florida.

Returning to 40m, made three more QSOs in about three minutes.

In all, Eric made thirteen QSOs, including four P2P QSOs, in about thirty minutes. All of Eric's QSOs were CW and were made at the 5-watt level. 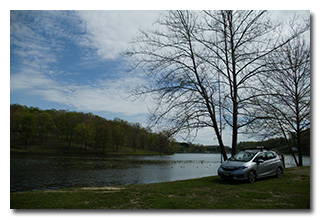 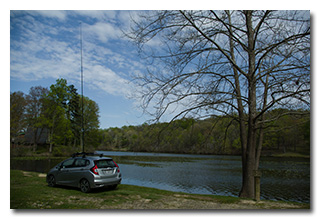