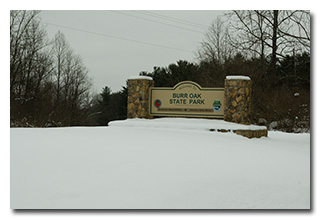 On Saturday, February 13, 2021, one member of the Southeast Ohio Radio Adventure Team performed a successful activation of Burr Oak State Park Ohio as part of the Parks on the Air (POTA; link) program.

Eric McFadden, WD8RIF, performed the activation of Burr Oak State Park under the park's water tower on on a cold, overcast winter day. Eric was accompanied by little dog Theo.

Eric and Theo arrived at the park's water tower at about 1830 UTC. Little Theo spent about thirty seconds walking in the snow before demanding to be allowed back into the warm car. Eric deployed his 28½' wire antenna on his 31' Jackite telescoping fiberglass mast and drive-on base, noticing as he did so that one of the Jackite sections could be pulled completely out of the mast during extension. (Is the section below this one damaged? Eric will need to investigate.) Because of the cold, Eric chose to set up his station in his car, and deployed his KX3 on the mobile-mount on the car's dashboard. Eric was on the air at 1843 UTC. 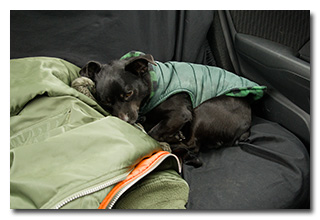 Eric began operations on 80m, finding as he did so that the best match his KX3's auto-tuner could find on the band was 2.3:1. Eric could hear his friend K8RAT in central Ohio responding but no QSO was achieved.

Switching to 40m, Eric thought he might have trouble finding and holding a frequency due to the CQ World Wide RTTY Contest but he found that his prefered 40m POTA frequency was free. Eric's first QSO came at 1848 UTC, even before he was able to spot himself, with his friend K4SWL in western North Carolina. This was followed at 1849 UTC with a successful QSO with K8RAT. QSOs came quickly, with Eric's thirteenth QSO coming at 1900 UTC with KN4CQB in North Carolina.

After his run on 40m, Eric took the opportunity to look on the POTA Spots website for possible P2P QSOs and at 1912 UTC he made a P2P QSO on 40m with KU8T who was performing an activation of Little Turtle State Recreation Area (K-5681) in Indiana.

In all, Eric made fourteen QSOs, including one P2P QSO. All of Eric's QSOs were CW and were made at the 5-watt level. 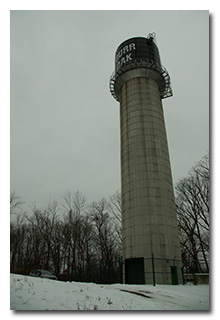 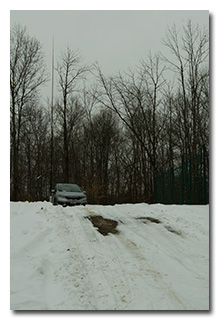