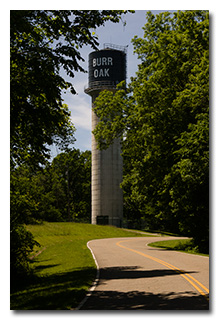 On Sunday, June 7, 2020, one member of the Southeast Ohio Radio Adventure Team performed a successful activation of Burr Oak State Park in Ohio as part of the Parks on the Air (POTA; link) program.

On a day perfect for outdoor radio, Eric McFadden, WD8RIF, performed the activation at Burr Oak State Parks's Horseman's Area while maintaining proper social distancing during the coronavirus (COVID-19) crisis. Eric was accompanied by his wife Vickie and their two small dogs, Theo and Mindy.

Eric, Vickie, and the dogs arrived at the Horseman's Area at about 1710 UTC to find the area to be entirely unoccupied, so Eric choose to set up his station inside the picnic shelter. After verifying the ability to send and receive texts and to self-spot, Eric deployed his 28½' wire vertical on his MFJ-1910 33' telescoping fiberglass mast and staked-down tripod outside one end of the picnic shelter. Eric set up his KX3 on the nearby picnic table. Eric was on the air by 1725 UTC.

Eric's first QSO on 40m came at 1735 UTC with KA3D in Pennsylvania. The second QSO came at 1737 UTC with Eric's good friend K4SWL in North Carolina who was testing his recently-purchased Xeigu G90 transceiver on CW. QSOs on 40m came rapidly, with Eric's twenty-sixth QSO on 40m coming at 1807 UTC with KY3P in New York. This string of QSOs included a Park-to-Park (P2P) QSO with N1RBD who was performing an activation of Chattahoochee River National Recreation Area, K-0662, in Georgia, and a QSO with WB3GCK who was afield participating in the Cookie Crumble 2020 event. Eric announced his change to 30m at 1809 UTC. 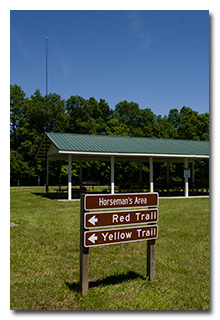 Before switching to 30m, Eric looked at the POTA Spots website and saw that N0EVH had been spotted on 20m performing his activation of Lone Jack Lake Conservation Reserve, K-6471, in Missouri. Eric succeeded in making a P2P QSO with N0EVH at 1813 UTC and then found himself a frequency on 30m.

In all, Eric made thirty-eight QSOs, with two P2P QSOs with operators at two parks. All of Eric's QSOs were CW and were made at the 5-watt level.