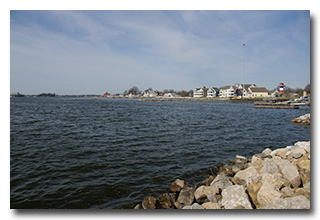 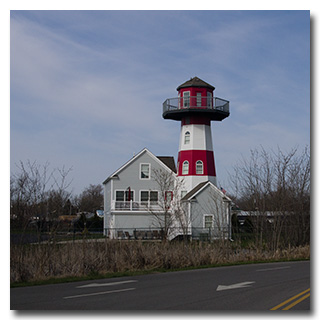 Eric, Miles, and Theo arrived at the north shore of Buckeye Lake in Miles' recently purchased 2016 Subaru Impreza Sport at about 1315 UTC to find the boaters' parking lot nearly full of pickup trucks and empty boat trailers, which was surprising given the near-freezing temperature. There were several parking spaces available in the no-trailers parking lot nearer Crane Lake and Eric directed Miles to park in a handy end-space. The pair quickly deployed the 28½' wire vertical on the Jackite 31' telescoping fiberglass mast and drive-on mount. Because the temperature was still near freezing, Eric chose to set up his KX3 inside the car. Eric was on the air at 1330 UTC.

As at previous visits to Buckeye Lake, Eric found he had good cell-signal and he was able to spot himself on the POTA Spots website and to use POTA Spots to identify possible Park-to-Park (P2P) QSOs.

Finding a clear frequency on 40m, Eric spotted himself to POTA Spots and began calling "CQ POTA". The first QSO came almost immediately and was a P2P QSO with NJ0Q who was activating Myre-Big Island State Park (K-2513) in Minnesota. QSOs on 40m came very quickly, with Eric completing his twelfth QSO at 1343 UTC. 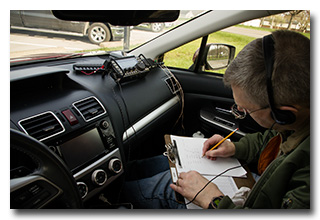 Following the run on 40m, Eric switched to 80m, spotted himself, and made eight QSOs in about ten minutes. This run of QSOs included a QSO with Eric's friend K8RAT and an unexpected QSO with Eric's father W8EOG.

In all, Eric made twenty QSOs including one P2P QSO. All of Eric's QSOs were CW and were made at the 5-watt level.