Once the site of a lumber and grist mill community, Valley Falls State Park is a place of scenic beauty and historical significance. A series of four picturesque falls created by the dark, rushing waters of the Tygart Valley River distinguish this 1,145-acre park. In addition to its scenic charm, Valley Falls State Park offers miles of hiking and biking trails and fishing. 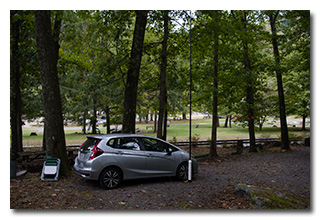 On Friday, October 2, 2020, one member of the Southeast Ohio Radio Adventure Team performed a successful activation of Valley Falls State Park in West Virginia as part of the Parks on the Air (POTA; link) program.

On a cool, overcast early Fall day, Eric McFadden, WD8RIF, performed the activation of Valley Falls State Park in the park's lovely, wooded picnic area. Eric was accompanied by his wife Vickie and their dogs, Theo and Mindy.

Eric, Vickie, and the dogs arrived at the Valley Falls State Park at 1630 UTC. After a bit of exploring, the quartet found their way into the wooded a beautiful picnic area. After finding a suitable place to park, Eric deployed his 28½' wire antenna on his 31' Jackite telescoping fiberglass mast and drive-on base. Because of the cool temperature, Eric set up his KX3 inside the car and was on the air by 1657 UTC. 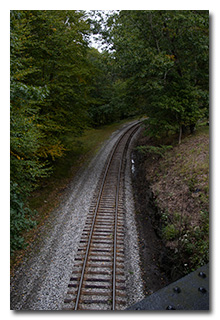 Eric was disappointed but not surprised to find he had no cell-signal at the site, so he was unable to spot himself to the POTA Spots website. Since Eric had previously announced his activation, though, as soon as the Reverse Beacon Network (RBN) had spotted him, the POTA Spots website also spotted him. Because he had anticipated having no cell signal, Eric had asked his good friend K8RAT to standing by to confirm that the spot on POTA Spots showed the correct park.

Eric began operations on 80m and his first QSO came at 1705 UTC with N3XLS in Pennsylvania. Eric's second and final QSO on 80m came at 1707 UTC with K8RAT in Ohio, who ensured Eric that he had corrected the POTA Spot to show the correct park.

Switching to 40m, Eric's first QSO there came at 1715 UTC with N4HID in Kentucky. QSOs came steadily, with Eric's eleventh QSO on 40m coming at 1728 UTC with WA2FBN in New York.

Eric switched to 20m, but several minutes of calling CQ failed to produce any QSOs.

In all, Eric made fourteen QSOs. All of Eric's QSOs were CW and were made at the 5-watt level.

After tear-down, Eric, Vickie, and the dogs crossed the CSX rail-line via the pedestrian bridge and enjoyed the sight and sound of the four waterfalls and rapids on the Tygart River. 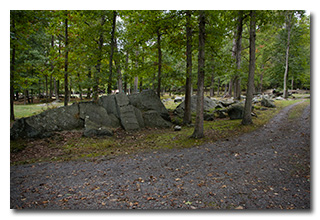 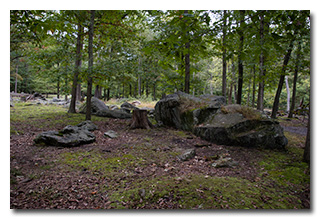 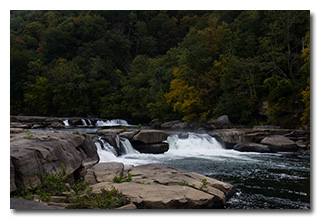 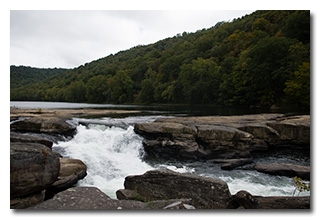 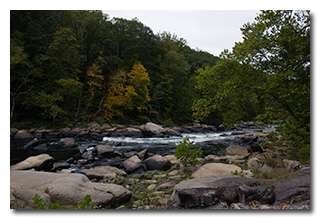