Found among the Mid-Ohio Valley's rolling hills, lakes and streams, North Bend State Park offers a multitude of recreational facilities in a beautiful pastoral setting. Named for the horseshoe curve of the North Fork of the Hughes River, this year-round park is lush with fishing streams, hiking trails and abundant wildlife. Located near Cairo and Harrisville, North Bend State Park is best known for the 72-mile North Bend Rail Trail, which follows a railbanked B&O Railroad corridor with several tunnels along the way.

The trio (plus dogs) arrived at the North Bend State Park about an hour late after losing time trying to find a grocery store to buy picnic items. (Why does North Bend State Park not have a campground grocery store?) After a bit of exploring of the beautiful park for possible operating locations, Eric, Miles, and Vickie picnicked on the large grassy and tree-covered lawn near the Lodge and Eric chose to stay at that location for the operation, the area being the point of highest elevation he had found. After the picnic was complete, Eric and Miles deployed Eric's 28½'; end-fed wire vertical supported on his 33' MFJ-1910 fiberglass telescoping mast and deployed the KX3 on Eric's folding camp-chair. Eric was on the air by 1746 UTC.

In order to give his good friend and fellow SEORAT-member K8RAT, Mike, a QSO, Eric started operations on 80m and succeeded in making a QSO with Mike at 1750 UTC.

Switching to 40m, Eric's first QSO there came at 1805 UTC with N4LRD. QSOs on 40m came very slowly and at some point while Eric was on 40m, K8RAT sent a text stating that the expected coronal flow had hit and had caused a geomagnetic storm—this situation probably explains Eric's trouble making QSOs. Eric eighth QSO on 40m came at 1837 UTC with N9TO. Susequent calls of "CQ POTA" by Eric after this point went unanswered.

Switching to 20m at 1843 UTC, Eric managed just two QSOs, and both of these were with stations in Colorado participating in the Colorado QSO Party: NX0U at 1852 UTC and KK0ECT at 1854 UTC. All of Eric's calls of "CQ POTA" on 20m went unanswered.

Eric was happy to have made enough QSOs to validate his activation but was disappointed to have worked only three stations he recognized as being POTA Hunters: K8RAT, WB9OWN, and N2ESE. Eric was also disappointed to have been unable to complete a QSO with POTA Hunter VE3LDT who twice tried to make a QSO on 40m but the band conditions were too rough to allow the QSO to be completed.

Neither Miles nor Vickie operated. Miles helped with set-up and tear-down, did much of the RATpedition photography, and helped with navigation.

After the activation was complete, the trio (plus dogs) explored the park some more and spent considerable time in the wild and wonderful Jughandle Day Use Area. 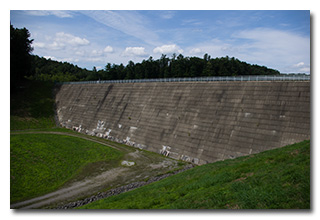 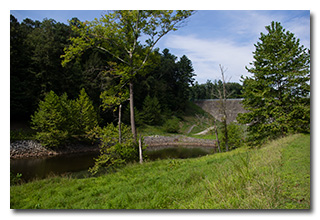 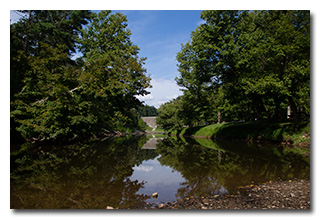 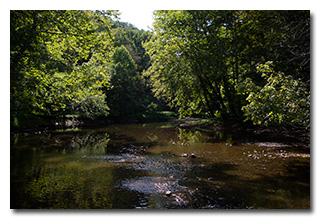