Yatesville Lake provides plenty of room to skim the waves or catch some rays in your favorite cruisecraft—be it a houseboat, pontoon, speed boat or jet ski. The Yatesville Marina offers everything boaters and fishers need for lake fun. Relax in the scenic lakeside setting of Yatesville Lake's campground. 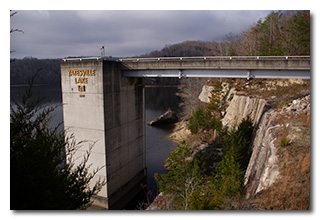 On Saturday, November 28, 2020, two members of the Southeast Ohio Radio Adventure Team performed a successful activation of Yatesville Lake State Park in Kentucky as part of the Parks on the Air (POTA; link) program. This was the first CW POTA activation of Yatesville Lake State Park, and this was the first park of four to be activated during this outing.

Eric McFadden, WD8RIF, and Miles McFadden, KD8KNC, performed the activation of Yatesville Lake State Park at the dam overlook at the exteme northern end of the park. They were accompanied by Eric's small dog, Theo.

The trio arrived at the state park dam at about 1540 UTC. Parking the car in an end parking space, Eric and Miles deployed Eric's 28½' wire antenna on his 31' Jackite telescoping fiberglass mast and drive-on base. Because of the cool temperature, Eric set up his station in his car and deployed his KX3 on the new mobile-mount on the car's dashboard. Eric was on the air at 1552 UTC. 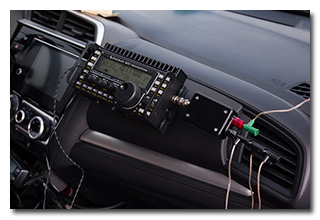 Eric began operations on 80m but found his antenna presented a higher-than-usual SWR of 3.2:1 so he limited himself to a single QSO on this band, a QSO with his good friend K8RAT in Ohio at 1552 UTC.

Switching to 40m, Eric had to go high in the CW portion of the band to avoid CQ World Wide CW Contest activity. His first QSO on 40m came at 1557 UTC with N1HN in Maine. QSOs came very quickly, with Eric's 28th QSO on 40m coming at 1627 UTC with K5OAR in Ohio. This run included a P2P QSO at 1604 UTC with K0BWR who was performing an activation of Knob Noster State Park (K-1767) in Missouri, and a P2P QSO at 1624 UTC with KC5F who was performing an activation of Poe Creek State Forest (K-5487) in South Carolina. 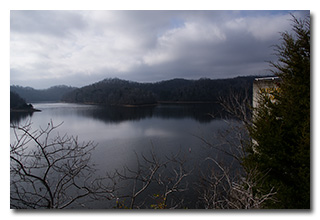 Switching to 30m, Eric's first QSO there came at 1640 UTC with KA3QLF in Georgia. QSOs came quickly, with Eric's sixth QSO on 30m coming at 1645 UTC with VE3LDT in Ontario.

In all, Eric made thirty-seven QSOs, including five P2P QSOs, in a bit less than an hour or operating. All of Eric's QSOs were CW and were made at the 5-watt level. Miles did not operate but helped with navigation, set-up and tear-down, and photography. 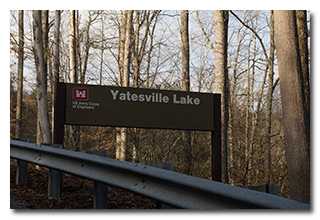 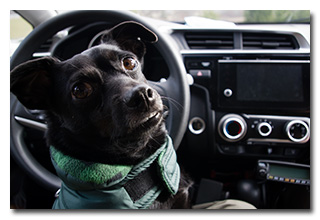 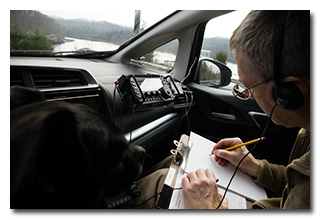 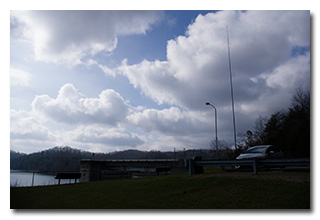