With steep cliffs and wooded coves along the shoreline, this state park lake in eastern Kentucky provides 1,140 acres for your boating, skiing and fishing pleasure. The park offers three great trail options. Hikers will love the 1.6-mile Kiwanis Trail. The Dawkins Line Rail Trail is open to hikers, bikers and horseback riders and stretches 18 miles from Johnson County to Magoffin County.

After a day on the lake, relax in the campground, featuring 32 developed sites with restrooms, showers, laundry and sewer hookups waterfront picnic tables, two playgrounds and other recreation. If you prefer a primitive walk-in campsite, there are 10 available. A full-service marina is located near the campground, offering rental houseboats, pontoons and fishing boats. 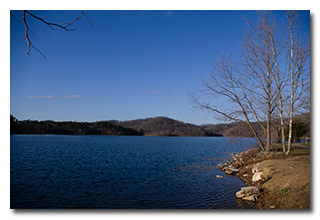 Eric McFadden, WD8RIF, and Miles McFadden, KD8KNC, performed the activation of Paintsville Lake State Park at the marina. They were accompanied by Eric's small dog, Theo.

The trio arrived at the marina at about 1930 UTC. Parking the car well away from the other cars and trucks in the lot, Eric and Miles deployed Eric's 28½' wire antenna on his 31' Jackite telescoping fiberglass mast and drive-on base. Because of the cool temperature, Eric set up his station in his car and deployed his KX3 on the new mobile-mount on the car's dashboard. Eric was on the air at 1948 UTC. 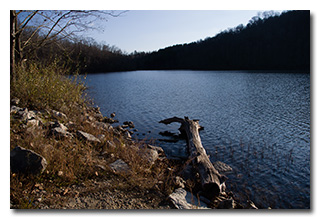 Eric began operations on 80m but found his antenna presented a higher-than-usual SWR on 80m so he limited himself to a single QSO on this band, a QSO with his good friend K8RAT in Ohio at 1950 UTC.

Switching to 40m, Eric had to go high in the CW portion of the band to avoid CQ World Wide CW Contest activity. His first QSO on 40m came at 1955 UTC with K8RAT. QSOs came very quickly, with Eric's 32nd QSO on 40m coming at 2027 UTC with WT4U in Tennessee. This run included a P2P QSO at 2009 UTC with W1ND who was performing an activation of Rachel Carson National Wildlife Refuge (K-0343) in Maine, and a P2P QSO at 2013 UTC with NT9M who was performing an activation of Florida Caverns State Park (K-1867) in Florida. 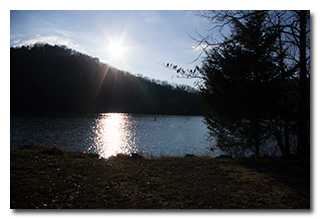 Following a walk with the dog to take photos, Eric's final QSO was on 20m and was a P2P QSO at 2050 UTC with AB9CA who was performing an activation of Organ Pipe Cactus National Monument (K-0954) in Arizona.

In all, Eric made thirty-five QSOs, including three P2P QSOs, in a bit less than an hour or operating. All of Eric's QSOs were CW and were made at the 5-watt level. Miles did not operate but helped with navigation, set-up and tear-down, and photography. 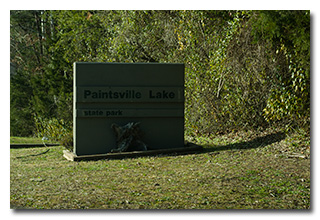 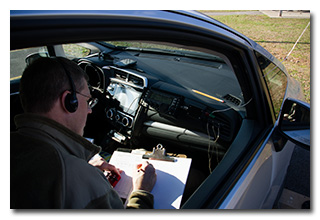