Earthen mounds and embankments forming huge geometric enclosures grace the landscape of the Ohio River Valley. These monumental structures were built by Native American hands almost 2,000 years ago. Hopewellian people gathered at these earthworks for feasts, funerals and rites of passage. Come learn about these sacred spaces and reflect upon the lives of these American Indians.

Visible remnants of Hopewell culture are concentrated in the Scioto River valley near the present-day city of Chillicothe, Ohio. The most striking Hopewell sites contain earthworks in the form of circles, squares, and other geometric shapes. Many of these sites were built to a monumental scale, with earthen walls up to 12 feet high outlining geometric figures more than 1,000 feet across. Conical and loaf-shaped earthen mounds up to 30 feet high are often found in association with the geometric earthworks. Hopewell Culture National Historical Park preserves six earthwork complexes: High Bank Works, Hopeton Earthworks, Hopewell Mound Group, Mound City Group, Seip Earthworks and Spruce Hill Earthworks. 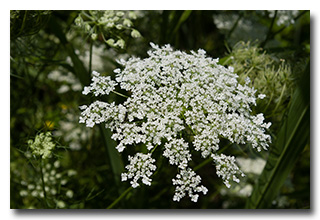 Eric and Miles arrived at the Hopeton Earthworks in Hopewell Culture National Historical Park at 1540 UTC, mere minutes after departing Great Seal State Park. After a picnic lunch and a quick survey of the site, Eric and Miles set up the station in the shade of a large tree, quickly deploying the 28½' end-fed vertical supported on an MFJ-1910 33' fiberglass mast and setting up the KX3 on Eric's folding camping chair. Eric was on the air by 1554 UTC.

Eric began operations on 80m for a QSO at 1556 UTC with his friend and fellow SEORAT-member, K8RAT. Not expecting much additional activity on 80m at that time of day, Eric switched to 40m to continue operations.

As soon as the first spot appeared, QSOs began filling up the log. Eric's first QSO on 40m came at 1558 UTC with N2ESE. It took Eric just fifteen minutes to make twelve QSOs on 40m, with his final QSO on 40m coming at 1613 UTC with N4BC.

Switching to 20m, Eric's first QSO there came at 1619 UTC with WK2S. As at Great Seal State Park earlier that day, QSOs on 20m came briskly. It took Eric just thirteen minutes to make eight QSOs on 20m, with his final QSO coming at 1632 UTC with K5KJ.

Eric and Miles tore down the station and it was at this point Eric noticed that neither he nor Miles had remembered to take any photographs. After the car was packed, they walked a short bit of the hiking path through the prairie and Eric took some photos of prairie flora.

Upon leaving Hopeton Earthworks, Eric and Miles stopped at Whit's for fabulous frozen custard and then continued the short drive to the third of the five parks, Scioto Trail State Forest, K-5448.

All Eric's QSOs were CW and were made at the 5-watt level. Miles didn't operate but helped with set-up and tear-down, spotting, and navigation.