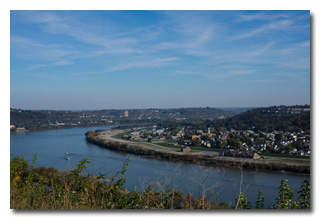 Eric and Miles arrived at the site about 1830 UTC and performed a survey to find a North Country National Scenic Trail trailhead marker. Such a marker was not found but a large sign identifying the southern terminus of the Buckeye Scenic Trail, with which the NCNST is coincident through all of southern Ohio, was found, and this was chosen as the location for the activation.

Here are three screen-captures to prove that the chose operating location is, indeed, part of the North Country National Scenic Trail: 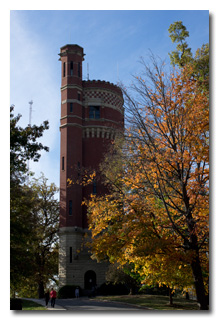 Eric's station consisted of his Enhanced KX3 Travel Kit and a custom clipboard. Eric chose not to use his 33' MFJ-1910 fiberglass mast to support the wire antenna but instead threw a line through a handy tree. Eric was on-the-air by 1853 UTC.

During the operation, Eric and Miles were treated to a parachute team demonstation, a fly-by by a flight of two F-16 fighter jets, and a fly-by by a C-17 cargo jet.

Following tear-down, Eric and Miles did a short walking tour of Eden Park, being drawn by the impressive former water tower high atop the hill near activation location. From the base of the water tower, the smokestack of the former pump station could be seen and Eric photographed this, as well, as he and Miles drove out of the park. 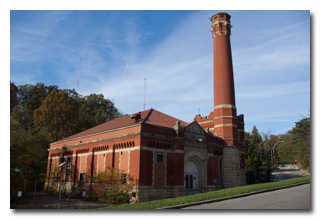