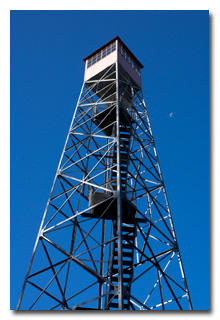 Eric arrived at the site about 1340 UTC and after making proof-of-location photos of his GPS receiver and the North Country National Scenic Trail's trailhead sign, Eric did a bit of a survey and then set up his station adjacent to the base of the fire tower.

As at previous activations, Eric's station consisted of his Enhanced KX3 Travel Kit, his MFJ-1910 33' fiberglass telescoping mast, and a custom clipboard. Eric was on-the-air by 1354 UTC.

Eric began operations on 20m and his first QSO came at 1401 UTC with N7DQ. QSOs came steadily and quickly with Eric making his 11th QSO on 20m at 1416 UTC with N9KW. Having validated the activation Eric switched to 40m and his first QSO there came at 1724 UTC with WB2KSP. Eric made seven more QSOs on 40m, his 18th QSO coming at 1428 UTC with N4JT. Eric then tuned to N2CX's announced 40m frequency, found Joe there performing a two-fer activation of HP16/TR23, and worked him at 1434 UTC, for a total of 19 QSOs. All QSOs were CW made at the 5-watt level. 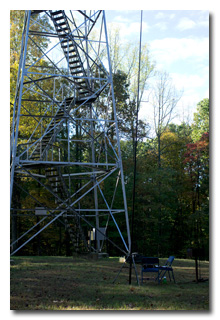 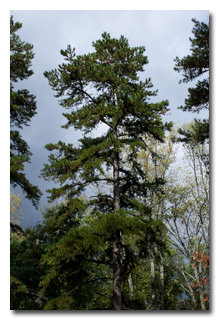 While Eric was operating, a dozen or so Boy Scouts, their leaders, and their parents arrived for a hike and camping. One of the leaders, who was a also radio amateur, introduced himself to Eric. Unfortunately, none of the Scouts themselves showed much interest in Eric's operation.

Highlights of the activation were the QSOs with DL8USA in Germany and with N2CX as he performed his NPOTA two-fer in Pennsylvania.

After the operation was complete, Eric took a few minutes to snap a few more photos of the park before tearing down his station in order to proceed to Hopewell Culture National Historical Park (HP15) in Chillicothe.