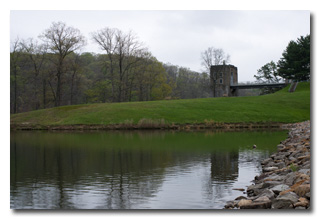 Eric and Bo arrived at Tom Jenkins Dam about 1715 UTC and to find the picnic shelter was occupied. Fortunately, the group was just leaving and Eric was able to begin setting up his station in his usual spot almost immediately.

Eric's station consisted of his Enhanced KX3 Travel Kit, his MFJ-1910 33' fiberglass telescoping mast and tripod, and a custom clipboard. Eric quickly erected the 33' mast and used it to support his 28' end-fed wire antenna with three counterpoise wires. The KX3 station was deployed just as quickly and Eric was on-the-air by about 1735 UTC. 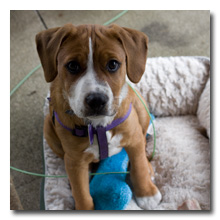 For a change, Eric started operations on 20m. Eric's first QSO was with K4MF at 1741 UTC. Sudden QRM forced a slight frequency change and Eric's second QSO was with KR4UA at 1746 UTC. Thereafter, QSOs came steadily until Eric's 17th and final 20m QSO with W3RLO at 1807 UTC. Eric changed to 40m and his first QSO there was with AH6AX in Maryland at 1814 UTC. Eric's fourth and final 40m QSO was with W2JU at 1819 UTC. All QSOs were made on were at the 5-watt level.