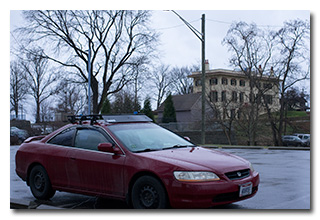 Eric and Miles arrived at the park just as the last ranger was getting in her car to leave. The ranger gave Eric permission to operate in the overflow parking area behind the historic Taft House and Education Center. 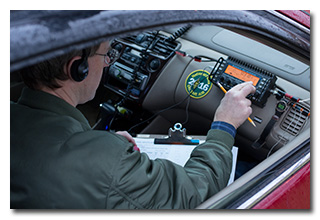 As at previous activations, Eric's station consisted of his Enhanced KX3 Travel Kit and a custom clipboard. Because of the wind, Eric decided to throw a line over a tree branch to support the 28½' wire instead of deploying the 33' mast. Eric was on the air by 2127 UTC.